Partial success for adidas before U.S. Court of Appeals

Is there a risk of confusion between the adidas sneaker Stan Smith and the Skechers Onix sneaker? And does Skechers’ Cross Fit shoe water down the adidas brand? The U.S. Court of Appeals of Oregon says yes and no. The current decision represents an important partial success for the German premium manufacturer. 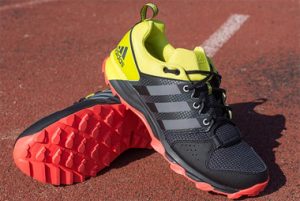 The adidas Stan Smith shoe in question is considered one of the most important or influential sneakers of all time. Known and successful since the 1970s, and repeatedly honored by designers and major fashion magazines, Stan Smith has also received industry awards such as “Shoe of the Year” in Footwear News 2014.

The “considerable risk of confusion” between the Stan Smith and the Skecher’s Onix sneaker was confirmed by the United States Court of Appeals for the district of Oregon. The judgements in the cases ADIDAS AMERICA, INC, ADIDAS AG, and ADIDAS INTERNATIONAL MARKETING B.V., v. SKECHERS USA, INC.(16-35204) were delivered last Thursday. Sketchers denies only two of the factors adidas has put forward: a probability of success and irreparable damage. Because adidas has built a special reputation around the Stan Smith, competitor Sketcher argued, confirming the strong brand position of the Stan Smith shoe model. The success of the adidas sneaker is therefore not to be jeopardised and irreparable damage is therefore ruled out. However, the court did not want to agree with these arguments: an irreparable damage could not be ruled out, the preliminary decision states.

No likelihood of confusion by Skecher’s Cross Court shoe

However, the court ruled otherwise on the likelihood of confusion between Skecher’s Relaxed Fit Cross Court shoe and the so-called adidas Trade Dress Claim, which includes the famous 3 stripes that adidas also defends in other trademark infringement proceedings – we reported (March 2018: Free rider- Adidas successfully with its three striped shoes). Because adidas failed to argue on appeal “that a cross court buyer would falsely believe that he bought adidas shoes at the time of the sale,” the court ruled.

Adidas argued that a cross-court shoe would be confused with an adidas shoe from a distance because the Skecher logo could not be seen from a distance. However, the court did not support this assumption. Adidas had provided no evidence that it was suffering irreparable damage from the Cross Court shoe. Such damage would occur if there were evidence of confusion between Skecher’s inferior lower-end shoes and adidas shoes, as cross-court shoes would damage adidas’ reputation and reputation as a premium footwear brand. However, if a consumer looks at a shoe from such a distance that he cannot see the Skechers logos, it is unlikely that he can adequately assess the quality of the shoes.

Skecher models from the judgment of U.S. Courts Datastore: 16-35204