Lack of distinctive character of a trade mark: #darferdas

Many applications for a Union or national trade mark fail because they lack of distinctive character. Should the most probable form of use be taken into account in the course of the examination? The BGH in Germany recently had to decise on the wordmark #darferdas and refers this question to the ECJ.

Lack of distinctive character is one of the absolute grounds for refusal. This can only be overcome by the so-called proof of reputation, which in European law is called proof of acquired distinctiveness. In the present case ( I ZB 61/17 ), the applicants claimed that they intended to use the sign applied for in a less probable manner.

The BGH therefore sees the question to be clarified by the ECJ: Does a sign have distinctive character if there are practically significant and obvious possibilities to use it as an indication of origin for the goods or services, even if this is not the most probable form of use of the sign? 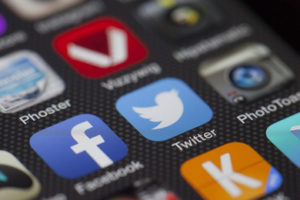 The German Patent and Trade Mark Office (DPMA) refused registration of the word mark #darferdas? (i.e. in engl: #canheusethat? ) for goods in Nice Class 25 (clothing such as T-shirts and headgear) on the ground that it was devoid of any distinctive character. The applicant’s appeal was unsuccessful (BPatG, decision of 3 May 2017 – 27 W(pat) 551/16), but she still pursued her application for registration.

The Federal Patent Court (BPatG) had assumed that the word mark applied for was devoid of any distinctive character for the aforementioned goods within the meaning of § 8.2 German Trade Mark Law (MarkenG). The BPatG argued that the not correct combination of the words and lower case of the first letter is a stylistic means which is not unusual in advertising, and that hashtags are also widely used. The pure verbal element of the sign applied for is an immediately understandable question in German, which is identified by the question mark. It is therefore a sequence of signs composed of common words in the German language which is always understood by the relevant public only as such and not as a means of distinguishing.

The fact that Hashtags originally came from the field of social media does not stand in the way of this, the BPatG stressed. They are also used in the analogue sector and, in particular, in decorative form on clothing and were thus already in use at the time when the trade mark application was filed.

Indication of origin in clothing 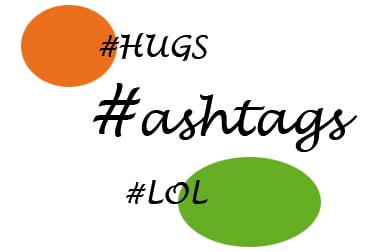 The German Federal Court of Justice (BGH) in its judgement first held that the mark had distinctive character within the meaning of Article 3.1 of the Trade Mark Directive and Paragraph 8.2 of the MarkenG. Accordingly, distinctive character is the specific ability inherent in a trade mark to be perceived by the public as a means of distinguishing goods or services which identifies them as originating from a particular undertaking and thus distinguishes them from those of other undertakings. The essential function of a trade mark is to guarantee the identity of the origin of the goods or services designated.

The decisive factor in this case, however, is that the BPatG had assumed that the most probable form of use of the sign #darferdas had to be taken into account when examining the ground for refusal of distinctiveness. Other uses which are also conceivable, but less probable and also less significant in practice are not relevant.

The BGH does not see this clarified unequivocally. According to the case-law of the Federal Court of Justice, not every conceivable use of the sign in the registration procedure for the assumption of distinctiveness must be trademarked. It is sufficient if there are practically significant and obvious possibilities for this.

And for the purposes of the appeal proceedings, it must be assumed in the applicant’s favour that, in addition to decorative use, there are other practically significant and obvious possibilities of using the sign for the goods in question, for example on the label of a garment.

The BGH therefore considers it relevant to the decision whether the most probable form of use of a sign is to be taken into account and therefore refers this question to the Court of Justice of the European Union (ECJ) for interpretation. This judgment can be eagerly awaited.