What are the requirements for filing a community design application for EUIPO to recognise the filing date? When is the representation of a design sufficiently clear? The ECJ ruled on this important issue and delivered a final judgement in the longlasting case Mast-Jägermeister versus EUIPO.

Does a “representation suitable for reproduction” suffice as a purely technical requirement according to the wording of the associated regulation, or must the representation of a design also be unambiguous in terms of content (EU Regulation Nr. 6/2002 Art. 36.1.c )? A long dispute between the plaintiff Mast-Jägermeister SE and the Office for Intellectual Property of the European Union (EUIPO) was finally decided on Thursday by a ruling of the European Court of Justice(ECJ). The ECJ rejected the appeal by Mast-Jägermeister SE and denied the claim as a whole. Mast-Jägermeister SE thus loses a long-standing legal dispute. In substance, this means that the representation of a design must be clear and unambiguous.

The facts of this case 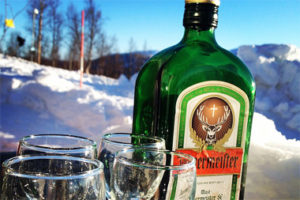 On 17 April 2015, Mast-Jägermeister SE submitted applications for the registration of Community designs to the European Union Intellectual Property Office (EUIPO). These two Community design applications are class 07 “cups”, but representations were submitted showing cups and also the well-known bottles of the alcoholic beverage produced by Jägermeister. Thereupon and on the same day (17 April 2015), the examiner of the EUIPO informed the applicant that the indication of the product’mug’ for which protection was claimed in the designs in question above did not correspond to the reproductions submitted, since they also showed bottles. He proposed to add the indication “bottles” in class 09 to the two designs.

Jägermeister, on the other hand, stated that protection for the bottles shown was not being applied for and wanted to clarify the product information as follows: “Drinking cups as receptacles for an associated bottle” – because such information was also applicable to Class 7.

This resulted in a lively exchange between the applicant and the EUIPO, which produced a total of four audit reports from 14 April to 31 August 2015. All contained the same indication from EUIPO: the representation of the design was not sufficiently clear because of the bottles depicted. By decision of 31 August 2015, the EUIPO refused the desired registration of Community designs.

Jägermeister filed an appeal against this decision, which was rejected by both the Board of Appeal and the Court of the European Union (CJEU) last year (EU:T:2017:68).

Argumentation of the plaintiff Mast-Jägermeister

This long-standing dispute has now been finally decided before the European Court of Justice. Mast-Jägermeister asserted with only one single ground of appeal that the grant of an application date was solely dependent on an examination of the representation of the design as to its physical suitability for reproduction (Article 36, para. 1, letter 1. c of Regulation No 6/2002 and Regulation No 2245/2002). But not Art. 36 para. 1 lit. c also for inaccuracies or lack of clarity regarding the subject matter of the design applied for. Moreover Article 4(1)(e) of Regulation No 2245/2002 refers to the quality of the representation, but not to its content. And the quality is fulfilled, since the submitted reproductions show the designs against a neutral background.

The final judgement of the ECJ

The Advocate General contradicted this. A reproduction presupposes, so to speak, that what is reproduced shows a clear, unmistakable object of protection. An inaccurate application would create the risk of excessive priority protection for a design whose subject-matter would not be clearly identifiable. The ECJ confirmed this in its judgement.

The ECJ now specified in its judgement:

Thanks to the rapid response of the EUIPO examiner, Mast-Jägermeister SE could have added the desired Community design “bottles” in Class 09 and ultimately even achieved the same filing date and start of priority for both the cups and the bottles. Since there was not yet sufficient jurisdiction on the requirements for the presentation of a design application, this dispute turned into a long-standing and in the end very costly dispute for Jägermeister. It is good that this issue is now clear.

Do you look for design or brand protection?