If an object is shown in a television series, it is no longer novel enough to be protected as a community design. This ruling by a German District Court further restricts the scope of protection of a design – as has already happened for products offered online.

It was not until June 2018 that the Federal Supreme Court made a decision with major implications for design protection with its ruling on the design patent for ballerinas shoes: products offered online are part of the design treasure (see Danger for design protection: Products offered online belong to the previously known designs). The current decision of the Hamburg District Court now clarifies the legal interpretation for the presentation in television series. As already in the judgement of the BGH, the scope of protection of a design is further restricted by this extension of the range of forms.

The disputed object is a glass which was shown several times under the name “Guzzle Buddy” in the US comedy series “C. T.” in March 2014. But it was not until 2016 that the application for the Community design was filed. However, the court clarified that the design would be made public by showing it in a television series. The fact that this was a product that was not yet available on the market at the time did not prevent disclosure. The product shown in the US television series could have been known in the ordinary course of business to the circles of experts in the relevant industry operating in the Community.

The previously known designs are determined by the pattern density within the product class and is thus confronted with the new pattern and design. The basic orientation applies: If the design density is very high, the requirements for distinctiveness are lower. If, on the other hand, the design density is low, the requirements for distinctness are very high. The scope of protection of a design and design right cannot extend to cover the previously known designs. 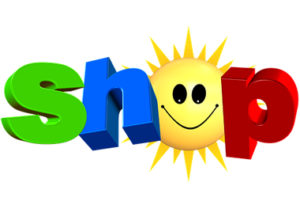 The case concerning the disputed glass was triggered by a warning letter and a so-called “Notice and Take Down” procedure at Amazon. The respondent had written to the applicant’s customer and requested the deletion of her offer on the Amazon platform on the grounds that the respective offer infringed her Community design. However, this warning was unjustified, as the Community design was ready for cancellation because it had been shown in advance in the television series, the German District Court ruled.

It was also obvious that the glass was ready for deletion, because in this case the respondent herself had advertised that the glass she had sold was shown in the series. A manifest readiness for cancellation would lead to the warning being unjustified. An industrial property rights warning was always given if a serious and final cease-and-desist letter was submitted. However, if the property right warning is unjustified, it constitutes an encroachment on the business enterprise being practised, which in turn triggers injunctive relief claims on the part of the person being warned.

Use of the “Notice and Take Down” procedure was unjustified

The applicant is also entitled to the respondent’s withdrawal of the complaints she has lodged with Amazon in the “Notice and Take Down” proceedings. In this case, the use of the “Notice and Take Down” proceedings against Amazon also constitutes an unjustified property right warning. The unjustified claim to property rights gave rise to the suspicion that the applicant’s rights could be repeatedly infringed. In order to remove this presumption, it would have been necessary to make a serious, unlimited, unconditional and sufficiently punishable cease-and-desist declaration – but this had not been made by the respondent.