The colour purple from the international confectionery manufacturer Cadbury cannot be split as a trademark in the UK. The British Court of Appeal rejected Cadbury’s altered trademark application for “Color Purple” in December. This judgment provides a summary about registration of abstract colour marks. 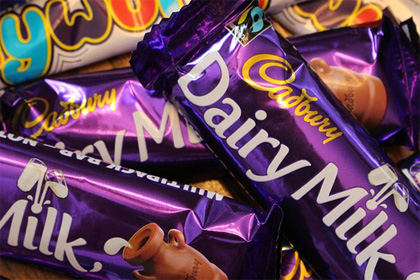 Cadbury color brand LilaCadbury has been trying for years to protect the color violet as the UK brand “Color Purple”. Already in 1995 Cadbury filed a trademark application for the color purple. The description stated that the trade mark consisted of the colour purple, as represented on the application form, or of the predominant colour applied to the entire visible surface of the packaging of the goods.

In opposition proceedings against the colour mark, Nestlé was successful in 2013 against Cadbury, which since 2010 has been part of the US food giant Kraft and thus Mondelēz International. The Court held that the term “predominant colour” allowed a variety of different figurative forms, so that the application for registration constituted several signs which were not described with certainty or precision.

Following that decision, Cadbury attempted to alter the second part of its trade mark application, which contained the predominant colour. Cadbury argued that there were two marks in an alleged series; one describing how purple is applied to the entire visible surface and a second describing how purple is the predominant colour applied to the entire visible surface. Cadbury tried to delete the second brand in this series.

The rules applicable to Cadbury’s factory trade mark at the time of its application were the trade mark rules of 1994, Rule 21:
“The owner of a number of marks may apply to the Registrar for registration as a series in a single registration, and that application must include a representation of each mark applied for; and the Registrator will accept the application if he is satisfied that the marks form a series”. These rules have been replaced by the 2008 trademark rules which were relevant at the time of Cadbury’s request to delete the predominant colour formulations.
This was invoked by Cadbury because Rule 28 provides that “The applicant for registration of a series of trade marks or the proprietor of a registered series of trade marks may request cancellation of a trade mark in that series at any time and the Registrar shall cancel the trade mark accordingly upon request”.

But neither the Registrar nor the High Court accepted that the two alternatives in the description constituted a series mark. The Regististrar didn’t accept an application to alter a registered trade mark.

The Court of Appeal also dismissed Cadbury’s appeal in December 2018. The wording of the description leads to an unknown number of different signs consisting of variations in the use of the colour purple on the packaging and therefore does not describe the colour mark with the necessary precision. An application for registration of a trade mark relating to all conceivable shapes forming part of the external surface is not a ‘sign’ and is therefore not capable of constituting a trade mark within the meaning of trade mark protection.

Registration of an abstract colour as a trade mark

There is no objection in principle to the registration of a colour as a trade mark, even if it is not spatially defined, the United Kingdom Court of Appeal clarified – if it is found that the colour has become distinctive in relation to the goods or services of a particular undertaking. (C-104/01 Libertel Groep BV v Benelux-Merkenbureau[2003]). However, the mark must be represented graphically in a manner which is clear, precise, self-contained, easily accessible, intelligible, durable and objective.

The Court of Appeal also clearly stated that the decision to register an abstract colour mark always depends on the context. The British court referred to the Heidelberger Bauchemie case for the ECJ (C-49/02, 2004) and quoted from that judgment:

“In this context, it should be noted that a colour cannot in itself be assumed to be a sign. Normally a colour is a simple property of things. Nevertheless, it can be a sign. This depends on the context in which the color is used. Nevertheless, in relation to a product or service, a colour per se is capable of “forming” a sign.

Registration of an abstraction of two or more colours