In light of brexit, it remains to be seen whether the UK’s withdrawal from the international community will be regulated in an orderly manner. The IP rights for Community designs after the Brexit have also not been clarified, the more because a European design can be protected as RCD or UCD. 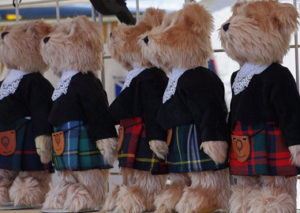 However, a design can also be used commercially without registration, in which case the rights under the so-called unregistered Community design (UCD) apply.

Registered and unregistered Community designs both provide protection for the manufacture and marketing of a product which may not be manufactured or distributed by third parties without the consent of its holder. However, there are significant differences in the duration and scope of protection between RCD and UDR.

The future of UCD and RCD can be different

All existing registered EUTMs and RCDs will automatically be granted an equivalent UK right, the UK IP Government announced on 17 January 2019. This will include an automatic cloning of the existing registration into a so-called “re-registered UK design”, which will be simple and free of charge for the right holder, specified a further communication from the IP Government on 22 March 2019. The registration and filing data entered in the relevant RCDs, as well as any priority data, will be adopted for the UK designs. This also applies in the event of a no-deal brexit, the IP Government announced. And right as farewell gift for brexit, the IP government announed that IP Transitional period is extended until 31.12.2020

Registered designs that are not yet published

However, there is already an important difference between the EU and the UK in the case law on Unregistered Community Design Rights (UCDR). UK UKUDRs protect the design of all or part of an article, automatically when an article is manufactured, but not the surface design. In contrast, in the EU, the scope of application of the Unregistered Community Design Rights (UCDR) covers the surface design.

Conversion of the previous scope of protection?

In principle, both registered and unregistered Community designs are subject to the following rules: analogous to the Union trademarks (see also: No-Deal Brexit (1): Unionmarks cloned in UK?), a possible simple conversion of the previous scope and duration of protection into a British clone of the Community design requires an exchange procedure from the British side. The UK Government has also issued a Memorandum of Understanding on this and has so far announced that it will introduce new systems to preserve the full scope of Community design law in the United Kingdom.

Scope of protection under the Hague Agreement

The scope of protection for Community designs under the Hague Agreement also remains unclear. On 13 March 2018, the UK deposited the instrument of ratification for accession to the Geneva Act of the Hague Agreement with the World Intellectual Property Organisation (WIPO). The agreement thus entered into force for Great Britain on 13 June 2018. Nevertheless, the validity of international designs designating the EU remains unclear after Brexit, as the UK has acceded to the Hague Agreement as an independent new state with its own national rules.

The regulations for the resale of goods that have already been sold have not yet been clarified either. At present, it is still open whether the UK would apply exhaustion of rights only in the UK, in the European Economic Area (EEA) and in the UK or internationally. Currently, under EU law, the principle of exhaustion applies to first sale in the EEA with the consent of the RCD owner. However, if the UK were to leave both the EU and the EEA, the first sale in the UK would not exhaust the RCD. This would allow the RCD holder to prevent parallel imports from the UK into the EEA.