A few days ago, China’s supreme trademark court ruled in a long-standing trademark dispute over the famous Dior bottle. The previous rejection of the desired 3D trademark protection for the bottle has been lifted. 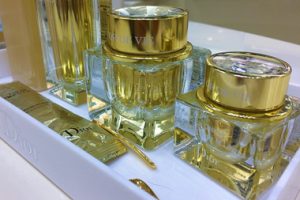 Until now it has been quite difficult to obtain valid trademark protection for a 3D trademark in China.

Because, as a rule, the courts, but also Chinese consumers, consider any external appearance – and thus also bottles – to be a packaging or a container. At first it makes no difference whether a drink or a perfume is the content, nor has the underlying design been taken into account. For a long time it was not possible in China to see a brand in a bottle that clearly indicates the origin of the product and has a high recognition value.

But last year the Chinese trademark court agreed with the beverage manufacturer Chivas – we reported. Chivas had provided numerous and ultimately sufficient evidence for the use of the 3D marks and was able to protect the famous bottle shape Royal Salute as a 3D trademark in China. The decisive factor was that consumers could indeed treat the “Royal Salute” bottle as a brand and only distinguish the products from others by the shape of the bottle.

In this case, too, the focus was on a bottle shape, the designed perfume bottle for Dior’s famous perfume J’adore. The elegant and water droplet-like shape of the J’adore bottle was introduced in 1999 and placed under international protection: Trademark protection at the World Intellectual Property Organization (WIPO) and the U.S. Patent and Trademark Office.

National and international protection through WIPO 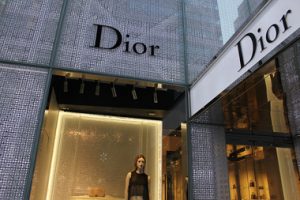 Under French law, a bottle shape or a bottle may be protected as a design in accordance with Article L. 511-1 of the Intellectual Property Code. Products or parts of a product are protectable, but only the elements visible to the end user of the product. If the shape is new and different from previous products, the bottle can be protected as a 2 or 3 dimensional trademark. The international trademark application is filed through the national Patent and Trademark Office or the EU Trademark Office. The Office then forwards the application to the World Intellectual Property Organization (WIPO) in Geneva. After WIPO has received the application documents from the national office, a formal but not a detailed examination is carried out. However, the countries in which the trademark is to be registered may have other claims – this is reserved for the states.

According to the Madrid Protocol and handled by WIPO, Dior wanted to extend the existing trademark protection for its 2014 bottle to many countries internationally, including China. However, the Chinese state administration for industry and trade initially rejected the application for trademark protection for the bottle design. The shape and design of the bottle did not meet the requirements of a brand, the Chinese office decided. This view was also shared by the People’s Courts, before which the case was first heard until it was finally decided by the Supreme Chinese Trademark Court.

The Chinese Supreme Court of Trademarks decides in favor of Dior

The Supreme Court took into account both the legislation of the Member State, in this case France, and the fact that many Chinese consumers recognised the famous Dior perfume directly from the bottle. Finally, the Court annulled the decisions of the subordinate courts and ordered the State Administration of Industry and Commerce to re-examine Dior’s application.

The Chinese Supreme Court is thus following a newer trend of deciding in favour of foreign brands more frequently than before. Internationally respected and in relation to the threatened US punitive rates, China also announced a few days ago that it wanted to impose high penalties for IP violations in the future. However, this announcement has not yet been implemented. However, the current ruling has direct effect immediately, since the Chinese courts usually like to address precedents. China has a very diverse court system, and only some of the respective courts of first instance can decide in trademark and patent proceedings (read more about this here: Trademark and patent protection in China).

Brand protection for packaging in Germany