2D pattern does not merge with the shape of the goods

A 2D pattern does not merge with the shape of the product if it is applied to goods such as paper or textile whose shape differs from these decorative designs, the ECJ ruled today. 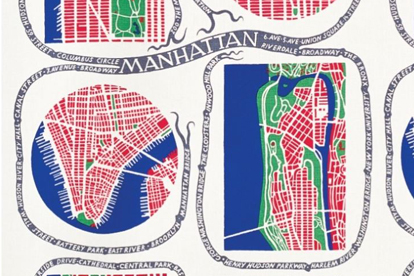 Following well known judgment on Louboutin shoes, today’s judgment in the case of the MANHATTAN textile patterns also leads to greater legal certainty for the interpretation of the term “shape” in Regulation No. 207/2009. Because the term “shape” is not defined, its meaning must therefore be determined in the respective context. The referring Swedish Court of Appeal (Svea hovrätt, Patent- och marknadsöverdomstolen) clarified that the Regulation and the previous case-law take into account three-dimensional marks and also two-dimensional marks – if they represent three-dimensional shapes, such as the representation of a sculpture or a vase (Article 7.1 (e)(iii) of Regulation No 207/2009), but that the legal position on two-dimensional designs still required clarity.

The defendant in this case is Svenskt Tenn, based in Sweden, which markets furniture and upholstery fabrics as well as other decorative items, including fabric upholstery with the disputed MANHATTAN fabric design, which was protected by Svenskt Tenn as a Union figurative mark in 2012. Since 2013, the plaintiff Textilis, a company under English law, has also been active in the marketing of fabrics and objects for interior design.
Svenskt Tenn saw his 2D design of the MANHATTAN trademark infringed by a very similar textile design and claimed injunctive relief. Textilis then brought an action for a declaration that the MANHATTAN trade mark was invalid – a classic counterclaim. The Stockholms tingsrätt (Stockholm Court of First Instance) dismissed that counterclaim, inter alia on the ground that the trade mark MANHATTAN was not a shape within the meaning of Article 7(1)(e)(iii) of that regulation.

Are textile patterns a shape within the meaning of the regulation?

This was also the central question of today’s ruling of the ECJ. The plaintiff Textilis had asserted before the Court of Appeal that a sign consisting of a fabric sample could not be registered as a trade mark, because otherwise the principle of the temporal limitation of the protection of copyright would be circumvented. For this reason, Article 7 of Regulation No 207/2009 precludes the registration under trade mark law of signs which consist exclusively of the shape which gives substantial value to the goods.
The Court of Appeal considered that nothing justified unequal treatment of a three-dimensional sculpture and a two-dimensional drawing and asked the European Court for clarification:

Must Article 7.1 (e)(iii) of Regulation No 207/2009 be interpreted as meaning that a sign such as that at issue, consisting of two-dimensional decorative motifs, which are affixed to products, such as fabric or paper, consists “exclusively of the shape”, within the meaning of that provision?

2D pattern does not consist “exclusively of the shape”

A two-dimensional design such as that in the present case does not merge with the shape of the product within the meaning of the regulation, the ECJ ruled today. In the context of trade mark law, the term ‘shape’ is generally understood to mean all the lines or contours which spatially delimit the product concerned, such as the Louboutin shoes and the red sole ( Louboutin victorious in the battle over the famous red sole ). In that case, the ECJ made it clear that the application of a particular colour to a specific part of a product does not mean that the sign in question consists of a “shape” within the meaning of Article 3.1 (e)(iii) of Directive 2008/95/EC. However, unlike the facts of the case in the Louboutin judgment, the disputed mark MANHATTAN is a sign containing lines and contours and applied to the product as a decorative two-dimensional design.

Nevertheless, that sign in dispute cannot be regarded as “consisting exclusively of the shape”, since it contains continuing decorative elements with the word Manhattan clearly highlighted. It cannot be accepted that a sign consisting of decorative two-dimensional designs fuses with the shape of the goods if that sign is affixed to goods such as a fabric or paper whose shape is different from those decorative designs, the ECJ held. Consequently, the contested sign cannot consist exclusively of the shape. Therefore, the exclusion provided for in Article 7.1 (e)(iii) of Regulation No 207/2009 and required by Textilis cannot apply to the sign MANHATTAN.

Sources for text and picture: