Again, there is a fight for chocolate bars and trademark rights. This time the food giant Mondelēz, parent group of Toblerone, appeals against the british variety store chain Poundland. Poundland has produced its own version of the famous Toblerone bar – because Poundland’s customers were not happy with Toblerone’s “shrinkflated” chocolate bar. 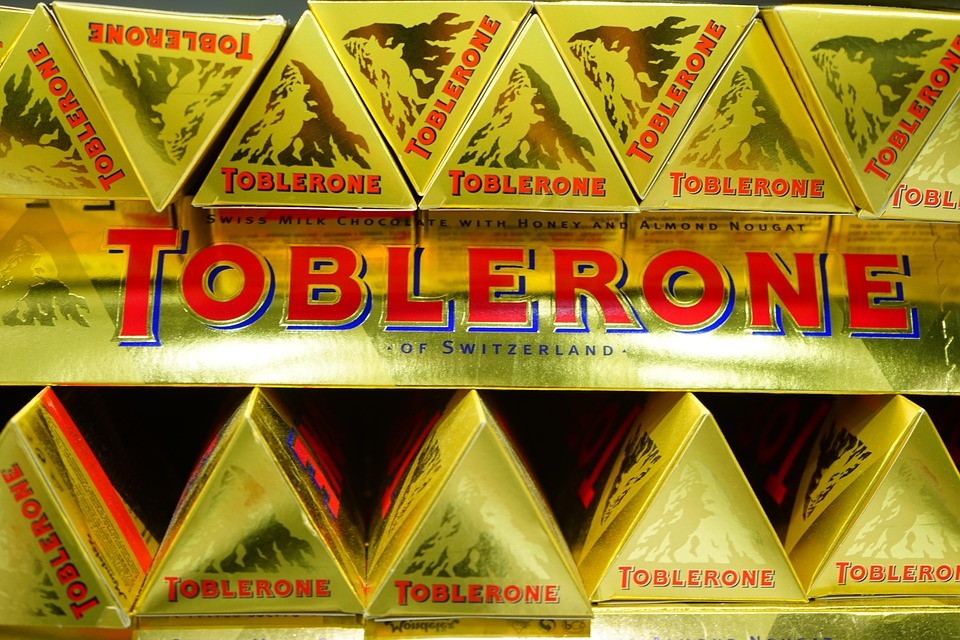 For a long time the Swiss chocolate bar was one of the best sellers in the british budget shop. But to save costs, last year Toblerone has replaced the bar with a stripped version with less chunks and thus less content. The so-called “shrinkflated” bar was subsequently badly adopted by Poundlands customers.

To solve the problem Poundland produced its own chocolate bar – the “Twin Peaks”. A “copycat” version of the original Toblerone bar, but with two humps instead of only one and thus more chocolate content.

But the launch of the Twin Peaks Bar has now to be postponed: Mondelez, the brand owner of Toblerone sees a trademark infringement in the “replacement bar”. Now both parties meet before the High Court of England and Wales (EWHC).

Has the Toblerone bar lost its distinctiveness?

Mondelēz sees its trademark infringed in many ways by the “Twin Peaks” chocolate bar: The overall shape of the bar, the triangular shape of the chunks, the gold of the Toblerone packaging an the Matterhorn mountain logo. The American food giant states that the imitation of the bar is confusingly similair to Toblerone’s original and charges for damages.

Poundland, however, sees no infringement of the trademark rights of Toblerone by its new chocolate bar. They claim that the in 1997 as a EU Trademark registered triangular prism shape of the Toblerone bar lost it’s distinctiveness because of the launch of the new version last year. Toblerone would have “irretrievably abandoned” the reputation and the unique recognizability of the chocolate bar by changing the design and enlarging the gaps between the chunks.

In addition, Poundland states that the double humped shape, the soft packaging and the distinguishable name would allow a clear distinction between the original and the “copycat” version for informed customers. Even the taste is somewhat more British than the Swiss original. Poundland has already successfully registered the shape of the bar as UK-registered design protection.

Not the first “chocolate war” for Mondelēz

Trademarks are used to distinguish their goods and services from others. And the more continuous a trademark is being used, the stronger their protection should be. The variation of the bar by Toblerone brings, in this respect, Poundland of course useful arguments.

We have already reported about a similar case involving Mondelēz. At that time, Mondelēz filed a protest against the registration of KitKat’s iconic four-finger chocolate bar as Trademark – and won. The reasoning of the judges stated that the chocolate bar is not visible through the packaging. And as a result, Nestlé could not prove the distinctive character of its chocolate bar.

In the end, agreement between both sides

Poundland was forced to delay the launch of the Twin Peaks Bar, but in October 2017 both sides came to an agreement: Poundland was allowed to sell 500,000 Twin Peaks, but then had to change the design to further differentiate it from Toblerone’s form. In addition, Poundland now has to pack Twin Peaks bars in blue and gold packaging instead of the originally hoped-for Toblerone-like gold and red packages.

Our attorneys are experienced in all areas of intellectual property and can help you wherever you need a professional. Contact us now to recieve a non-binding call-back from our attorneys.