For the moment, Nestlé’s Nespresso coffee capsules lose their trademark protection as an international registered 3D trade mark in Germany. On Friday the German Federal Patent Court ruled and temporary put an end to a dispute over the popular coffee capsules that had lasted for years.

IR mark is as protected as a national mark 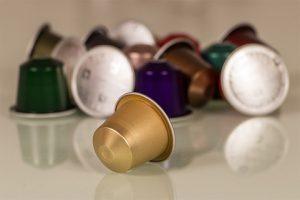 The decision follows a long-standing trademark dispute between the Swiss Ethical Coffee Company (ECC) and Nestlé over Nespresso coffee capsules. In summer of 2014, the German Patent and Trade Mark Office (DPMA) decided that the German part of the three-dimensional internationally registered trademark (IR mark) for Nespresso coffee capsules had to be deleted (Case IR 763 699 – S 290/11 Lösch). This has now been confirmed by the Federal Patent Court.

For the moment, Nespresso coffee capsules are no longer covered by trademark protection in Germany (IR 763 699) for the goods “coffee, coffee extracts and coffee-based preparations, coffee substitutes and artificial coffee extracts” in class 30 after Nice Classification (NCL). The court pointed out in particular that an IR mark is as protected as a national mark. On the other hand, they are also subject to the same rules on the withdrawal and cancellation of protection as national trademarks.

This decision on Nestlé’s Nespresso capsules is based on the German Trademark Act (§ 3.2 No. 2 MarkenG). Accordingly, trademark protection is excluded for signs which represent a form which is necessary to achieve a technical effect. This is based on the public interest to prevent the owner of the trademark right from monopolizing technical solutions for himself. According to the Federal Patent Court (BPatG), the negotiated case is a packaging container with only a technical design. Because the packaging gives a granular product its shape – as in the case of coffee. Packaging is to be equated with the shape of the goods. This also applies if the same technical effect could be achieved by an alternative form of packaging. 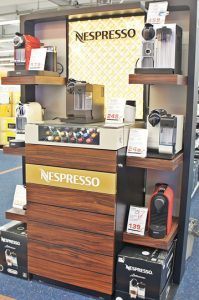 In his argumentation, Nestlé pointed out that today’s coffee machines no longer had the only central piercing mandrel, but three thorns perforating on the sides of the capsule, through which a mixture of water and air would be introduced at a certain pressure. Therefore, the concrete design would not technically be conditioned. However, the BPatG made it clear that even further development of the technology does not lead to evaluate obsolete technical characteristics as no longer technical.

Do the essential features fulfil a technical function?

In order to check the protective barrier, “the essential characteristics of the form” shall be determined. These include

The German Federal Patent Court came to the conclusion that non-functional features of the three-dimensional trade mark, which are essential for the overall impression of the form, are not apparent.

Nestlé’s request to suspend the cancellation procedure was also rejected. The Swiss refer to two cancellation appeal proceedings currently before the Federal Supreme Court – we reported (25 W (pat) 78/14 – square chocolate bar packaging and I ZB 4/17 or 25 W (pat) 59/14 – glucose bars). Even if a similar constellation arises in parts of these two cases and similar legal questions could be assessed, this does not constitute a foregoing or a reason for suspension.

It remains to be seen whether this judgment ends the trade mark dispute in the present case or whether it merely represents a further stage in the long-standing dispute. This is because an appeal to the Federal Supreme Court is admitted on the basis of § 83 para. 2 No. 1 MarkenG.

In fact, an appeal on points of law was filed before the German BGH, which rendered its judgment on 31 January 2019 (BGH, I ZB 114/17, ‘Kaffeekapseln’) – but not on the actual appeal against the BPatG’s judgment. Because in the meantime, insolvency proceedings and bankruptcy proceedings had been opened against the assets of the applicant ECC in November 2018. Nestlé was of the opinion that the trade mark proceedings were thereby interrupted – rightly so, the Federal Supreme Court ruled in its ‘Coffee Capsules’ judgment.

The German Trademark Act, in turn, does not contain any regulations on what effects the opening of domestic or foreign insolvency proceedings has on the assets of one of the parties to the appeal proceedings. What is more, this question is even disputed in case law. But in the case at hand, the BGH settled: in the case at issue, it was to be assumed that the insolvency proceedings had interrupted the legal dispute. The parties are competitors in the field of distribution of coffee products. The cancellation proceedings were thus suitable for strengthening the competitive position of the applicant, all the more so as the request for cancellation in the dispute had already been successful in two instances.