On 1 March 2017 Japan’s Ministry of Economy, Trade and Industry announced that it had granted the first trademark approval for a color palette. Japan’s first color trademarks go to the humble pencil eraser MONO from Tombow and the convenience store chain 7-Eleven.  The Japan Patent Office started accepting color trademark applications in April of 2015. Learn more about the two First-Mover. 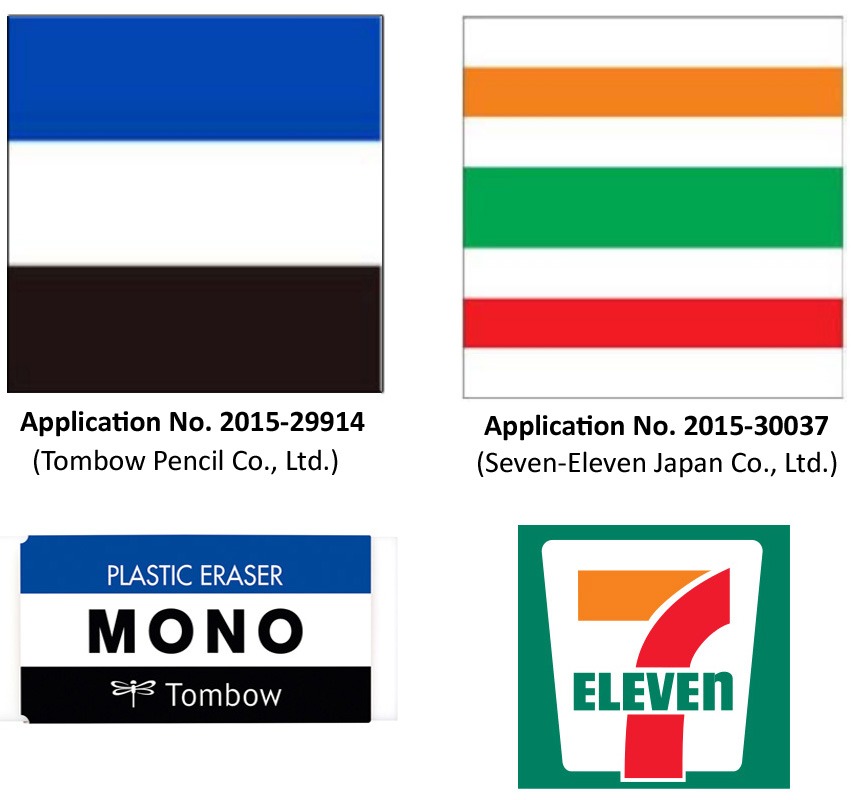 From April 2015 on, the Japan Patent Office (JPO) began accepting application for the registration of “new type” trademarks, including trademarks consisting only of colors.

“A new type of trademark is expected to play a major role in corporate brand strategy as a means of disseminating various brands other than languages“, explained Sunao Sato, director of JPO’s trademarks division.

Now, on February 28, 2017, Tombow Pencil Co.,Ltd. and 7-Eleven, Inc. are the first two companies to receive trademark protection for their Color Marks in Japan. Tombow’s Mark was for the blue, white and black-striped branding of the MONO Eraser, one of Japan’s most iconic stationery items originally released in 1969 by Tombow. The other approval went to convenience store 7-Eleven Japan with its white, orange, green and red color palette.

Both companies now have the exclusive right to use these color combinations for the packaging and branding of their products. They can prohibit others the use of their trademarks if they do not have the permission to do so.

An article on the Ministry of Economy, Trade and Industry (METI) website states that, as of Feb. 20, 2017, applications for “new type” (sound, movement, hologram, position and color only) trademark registrations total around 1,500, with more than 200 applications other than color only trademarks already having been registered.

Do you want to protect your brand or (Color-) Mark in Japan as well?

Let us help you with that, because it’s not an easy task to protect colors in Japan as well as in every other country.