If an Internet distribution is carried out via a website operated from abroad, German courts are not competent for infringements of Union trademarks. Thus the Federal Court of Justice ruled and stressed that it was not enough that the Internet site can be called up in Germany. Is this a weakening of the Union’s trademark against national trademarks? 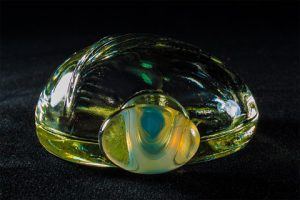 In its recent ruling (Az. I ZR 164/16), the Federal Supreme Court (Bundesgerichtshof, BGH) has reached a far-reaching decision on the international jurisdiction of German courts in the event of infringements of Union trademarks. In this landmark decision on trademark law, Coty lost its action for an injunction against the Italian import and export company Zacobi S. p. A. and and the German perfume wholesaler hit parfum GmbH in the perfume dispute.

In March 2012, following a warning letter, the Italian export company agreed to refrain from continuing to import various perfume products into Germany or to offer, advertise or distribute them for sale in Germany. In August 2012, however, Zacobi handed over 150 Davidoff “Cool Water” perfumes to a company commissioned by hit parfum in Italy. The goods were fully paid for and shipped to a German warehouse of hit perfume. Coty saw this as a trademark infringement and argued that the perfumery had not been placed on the market within the European Union with its consent.

Short history of this case

The Higher Regional Court saw international jurisdiction on the basis of Art. 97 (5) of the Ordinance (EC) No 207/2009 as well-founded. Coty’s claim for injunctive relief based on a violation of the “Davidoff” trademark is based on the risk of repetition and the infringement of other Union trademarks from the point of view of the risk of first inspection.

The registered German trademark “Covet” also establishes the jurisdiction of the German courts, here based on Art. 7 No 2 of Regulation (EU) No. 1215/2012 on Jurisdiction and Recognition, and Enforcement of judgments in civil and commercial matters (Brussels-Ia-VO).

In principle, the Federal Supreme Court confirms that international jurisdiction under Art. 97 (5) of Regulation (EC) No. 207/2009, as the international registration “Davidoff” claims protection for the territory of the Union (reference to Art. 145 of Regulation (EC) No 207/2009). However, in the present case, jurisdiction is excluded because the defendants are resident in another Member State of the European Union.

Reselling in other Member States 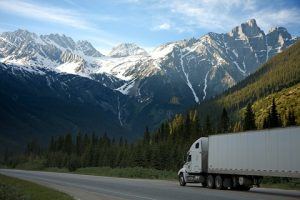 Coty’s injunctive relief is a claim for infringement of a Community trade mark.
Accordingly, the trademark owner may prohibit third parties from using a trademark infringing sign in business transactions.

However, the Federal Supreme Court found that the sale and delivery of the goods claimed to be infringing had not taken place solely in Italy. Because the trading partners based in Italy and Germany had concluded a contract electronically and hit parfum GmbH had the goods picked up in Italy only afterwards. Therefore, the goods claimed to be infringing were not acquired in Italy, although they were received there.

According to the Federal Supreme Court, the international jurisdiction of the German courts for the injunctive relief for threatened infringement of the “Covet” trademark is given because, according to the Federal Supreme Court, Germany is the place of realization of the damage success in the sense of Art. 5 No. 3 Brussels I-VO. The international jurisdiction to decide on an alleged infringement of a national trade mark is vested in the courts of the Member State in which the trade mark is protected (ECJ, GRUR 2012,654 marginal 26 et seq. – Wintersteiger).