The Federal Supreme Court (BGH) referred two questions for a preliminary ruling to the Court of Justice of the European Union (ECJ) in a dispute between two German clothing companies. This concerns the interpretation of Article 14 of Directive 2008/95/EC and Article 34(2) of Regulation (EC) No. 207/2009.
The questions raised are important for European trademark law and above all for all brand manufacturers.

If the first question is answered in the affirmative:

With today’s ruling, the ECJ gives a clear answer to both questions. As regards Question 1, the Court of First Instance makes it clear that the answer is NO, such a retrospective  determination of invalidity is not compatible with Article 14 of Directive 2008/95/EC. The ECJ points out that “use of the mark will only be taken into account up to the time of filing the application for revocation or, as the case may be, up to three months before” (Article 12(1), second subparagraph, of Directive 2008/95). 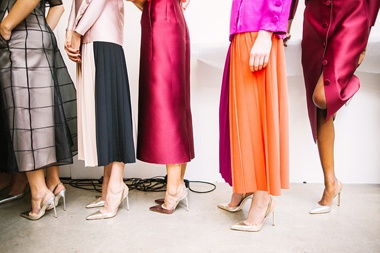 The two parties to the dispute are companies of the same name, but legally and economically independent of each other in the clothing industry: Peek & Cloppenburg KG. The plaintiff is the proprietor of the two German word and figurative marks “PuC”, registered under numbers 648528 and 648526, with priority from 1953, which claim protection for articles of clothing. The defendant was the owner of the two German word marks “PUC”, registered under numbers 966148 and 1027854, which were applied for and registered in 1978 and 1982 and claimed protection for articles of clothing.

In addition, however, the defendant is owner of an Union word mark “PUC”, registered in 2001 under the number 242446, which claims protection for articles of clothing. This Union trademark claims the seniority of the defendant’s two cancelled national trademarks for the area of application of the Federal Republic of Germany. The seniority of the Union trademark is based on this.

In the present case, the action is directed against this seniority of the national trademarks already cancelled. The plaintiff argues that the national marks were due to their lapse ready for cancellation on the date on which they were cancelled on the basis of the defendant’s renunciation.

Previous jurisdiction to the invalidity of a national trademark

So far, the national courts saw this legal issue like the plaintiff: the Hamburg Regional Court granted the action, and the Hamburg Court of Appeal also dismissed the defendants’ appeal, but allowed a revision. With the revision, the defendant turned against the revocation and the plaintiff sued for rejection of the revision. The Court of Appeal had argued that “the cancelled German marks, whose seniority is claimed by the Union trademark of the defendant PUC, were ready for cancellation both at the time of their cancellation and at the time of the last oral hearing of the present lawsuit due to revocation”.

According to the German Trademark Act (German: Markengesetz – MarkenG), the conditions for revocation must not only be met at the time when the trademark was renounced or the term of protection was not extended, but “already” at the time of the decision on the declaration of invalidity (§125c.2, MarkenG). So are both times to be taken into account? And would that then be compatible with Article 14 of Directive 2008/95/EC? Because this guideline implements § 125c MarkenG and does not contain any requirements for the subsequent determination of the invalidity of an extinct national trademark.

However, the second question of whether an extinct national trade mark is maintained on the basis of Union law has so far been decided differently in case-law. It is good that this important legal issue is being clarified. In its judgement today, the ECJ pointed out that seniority alone has one effect: “This should enable the proprietor of the Union trademark to continue to benefit in that Member State from the protection of the earlier national trademark which was cancelled”.