This comes full circle: ® also for a registered word and figurative mark?

Whoever signals trademark protection for a word sign with the ® for “Registered”, even though the word sign is registered as a word and figurative mark, can commit a confusion. It is an international sign concerning trademark protection, but German and American courts interpret it differently. 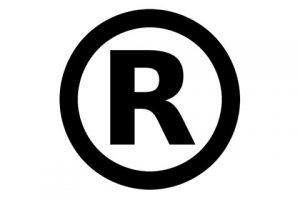 Company names or product names are often supplemented with the symbols ® (Registered). This symbol, the R in a circle, was originally created in the USA. There it indicates that the trademark is officially registered in the U. S. Patent and Trademark Office. Furthermore, in the USA, the trademark owner can only claim damages in case of a possible trademark infringement if the infringer has demonstrably received knowledge of the earlier trademark registration. This is different in Germany. Here, the trademark owner can claim damages even if the infringer did not know that he acted against a registered trademark. It is permissible under German trademark law, but it is not necessary for a registered trademark to be marked with the suffix ®. 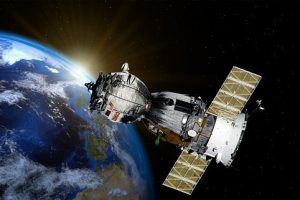 A few months ago, the German Higher Regional Court (OLG) of Frankfurt had to rule in such a case (AZ 2-3 O 218/17). The respondent has a word and figurative mark with the word elements “Marke1 Digital Technology”, registered for “Installation accessories for satellite technology”. The lettering is in two colours and a half moon is attached to the expression “Marke1”, which means “Brand1”. A representation of a satellite connection box, which was offered on the online platform Amazon under the name “Marke1®”, was negotiated in court. The applicant objected to this and claimed injunction against the defendant. The plaintiff accused the respondent of causing confusion by claiming trademark protection ® for the component part of a registered trademark.

If a sign is accompanied by the suffix ®, the German court held that the user expect that this sign is registered as a trade mark or that it has been granted a licence by the proprietor of the trade mark. Something else could apply if an existing trademark is modified only slightly. If the deviations remain within the framework that does not alter the trademark’s distinctive character (Sec. 26 (3) German Trademark Act), the use of the ® symbol is also harmless, according to the OLG.

The distinctive character of the brand is decisive

The key question is therefore whether the distinctive character of the registered trademark is not substantially altered by a slight modification. As this leaves room for interpretation, the court clarified:

In the present case, the court ruled in this sense. According to the court, the term “Marke1” is the only distinctive element of the brand. The inconspicuous pictorial component in the shape of the crescent is to be neglected as well as the two-color scheme. The OLG argued that further elements of the word and figurative mark were purely descriptive in character and that the figurative elements were so inconspicuous that they could be neglected.

Misleading is not excluded

The German court therefore ruled against the plaintiff and confirmed the legal use of the “Marke1®”. Nevertheless, the court pointed out that deception could not be excluded with absolute certainty. Not least of all because the general public may not expect a representation of a correct word and figurative mark in the detailed text of a product description – as it was given by the respondent – if it finds the complete designation in a more prominent place of the offer in eye-catching manner.

Incidentally, misleading is also possible if trademark protection does not actually exist in Germany, but in another country. The European Court of Justice (ECJ) has also ruled on this matter: already in its ruling of 13.12.1990 “Pall / Dahlhausen” (C-238/89), the European Court of Justice (ECJ) ruled that the distribution of goods with the suffix ® may not be prohibited in Germany if a corresponding trademark is not registered in Germany, but in an EU member state as a protected trademark.

Incorrect use of ® can quickly lead to warnings. Please take your chance and contact us. Our lawyers are experienced in trademark and patent law, national and international law.