Grupo Osborne, the Company behind the famous Osborne Sherrys and Brandys with the Bull, is also known for actively protecting their trademark(s). So as it had to happen Osborne found out that there has been a (EU) Trademark Application that contains a bull too. But besides the bull there is also a sunset, the words “PAELLA DEL ARTE” and moreover all these things are inside a pan. But is that enough to show its distinctiveness?!

GRUPO OSBORNE S.A., well-known for their alcoholic beverages, owns over 100 (Bull-) Trademarks. Reason enough to always stay alerted whenever another Company or Person tries to register a Mark that consists of a bull. About two years ago Francois Gomez applied for his European Trademark “PAELLA DEL ARTE”, seeking protection for their goods and services in Nice-Class 43 (mainly about preparing food and drink for consumption and services providing temporary accommodation).

Just a few month after their application for a Figurative Trademark, Osborne sent a notification of opposition to the applicant stating that Gomez has to withdraw the application due to

Question of questions: Is this logo similar to the logo from Osborne? “No!” says EUIPO 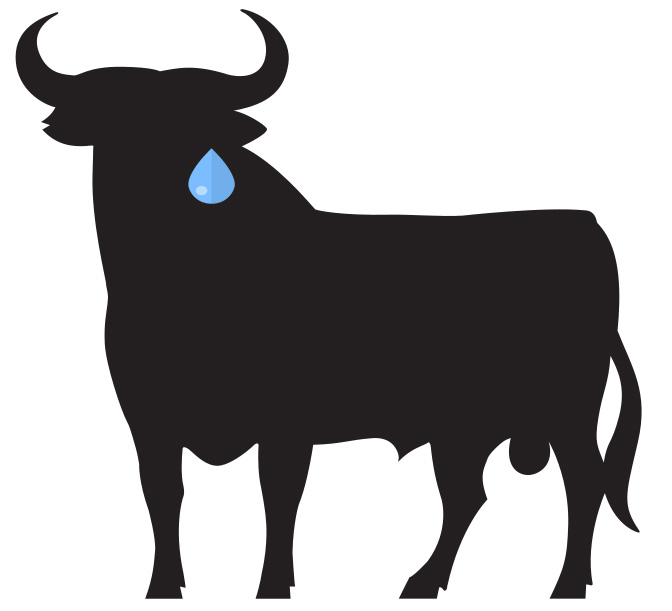 Both logos have a silhouette of a bull. Only the position is different: the latter seems to be a mirrored image of the “Osborne-Bull”. Though, the contested logo, the bull itself is just one of the elements besides a sunset and both elements are placed in a pan and below there are the words “paella del arte”.

Although the bull seems to be like a (very) brazen copy of the Osborne-Bull, the EUIPO supports the latter – and rejects the opposition.

EUIPO argues that the logos are dissimilar. In appeal, the Board does not take a different view on the matter: the differences prevail. Moreover, the Board of Appeal finds the bull not very distinctive: the image of the bull is abundant in the streets in Spain and is mainly seen as decoration. For many this decision is surprising but let’s be honest – a Bull has quite a weak distinctive character.

In the past, we wrote about similiar cases such as:

Request a free-callback without any obligations: