BLUE IVY vs. Beyoncé: no privacy in the long-standing trademark dispute

New episode in years of dispute over the BLUE IVY trademark – and the name of the five-year-old daughter of the famous singer Beyoncé: A request for privacy by Beyoncé was rejected a few days ago by the American Patent Trial and Appeal Board. 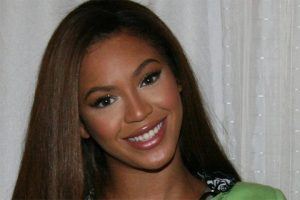 Beyoncé and Morales are involved in a prominent litigation for the BLUE IVY and BLUE IVY CARTER brand names. Beyonce and her husband Jay-Z asked for a protective order that would prohibit the publication of details about the time and place of the meeting. Her five-year-old daughter’s name is Blue Ivy Carter. For that reason should no information about their family that could be raised in the case during the interview be made public. Beyonce referred to the safety concerns of the singer towards her family and especially her daughter. However, The Trademark Lawyer reported that this bid for confidentiality was rejected by the American Patent Trial and Appeal Board a few days ago. 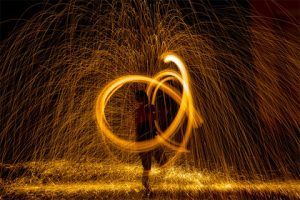 However, the actual lawsuit is not a personal one, but a classic trademark dispute between BGK Trademark Holdings, LLC, and the BLUE IVY Event Planning Services of Veronica Morales. The applicant, Mrs Morales, opposes the trade mark BLUE IVY CARTER on the basis of two main arguments:

Veronica Morales has been a registered trademark owner for BLUE IVY (U. S. Registration No. 4224833) since 2012. The word mark BLUE IVY is protected for “event planning and management for marketing, branding, promotion or advertising of goods and services of others”. At almost the same time, Beyoncé applied for protection via the cover company BGK Trademark Holdings, LLC, BLUE IVY CARTER. Both brands were approved, whereby Morales received trademark registration in 2012 and BGK Holding received a notification of registration on 22 January 2013.

An approved trademark should also be used in the trade

As soon as there is notification of admission, a declaration of use should be submitted when the use of the trademark begins in trade. If the trademark has not been used within 6 months, an extension of 6 months may be applied for in order to file such a declaration of use. The applicant may submit a total of five renewal applications. And indeed, BGK Holding took advantage of all five renewals without officially using the BLUE IVY CARTER brand. Possibly because there was another competitor for the popular brand name: CBH By Benton Clothier LLC had also wanted to protect the brand BLUE IVY CARTER GLORY IV.

The outcome of the BLUE IVY case is open

The brand only gained new momentum in 2017: the famous singer submitted further legal documents on the “Blue Ivy Carter” brand. She argued that her daughter’s name was the reason why she could reserve the right to use the nickname BLUE IVY in beauty, fashion and electronics or to prevent others from exploiting her daughter’s identity. She defends trademark owner Morales against this. It will be difficult for singer Beyoncé to argue that Morales is commercially exploiting her daughter’s identity. Because Morales applied for trademark protection on BLUE IVY three years before the birth of Blue Ivy Carter. The outcome in this case is open.

Are you looking for protection for your trademark rights?