Adidas vs. FC Barcelona: The Power of the Three (registered) Stripes

FC Barcelona has backed down from a trademark fight with the well-known sportswear company adidas by abandoning their trademark application filed in May 2015. The Spanish Football Club tried to register a trademark that consists of a square containing three (from seven in total) vertical stripes in garnet. Consequently the German sports company had filed a notice of opposition to Barca’s trademark application. 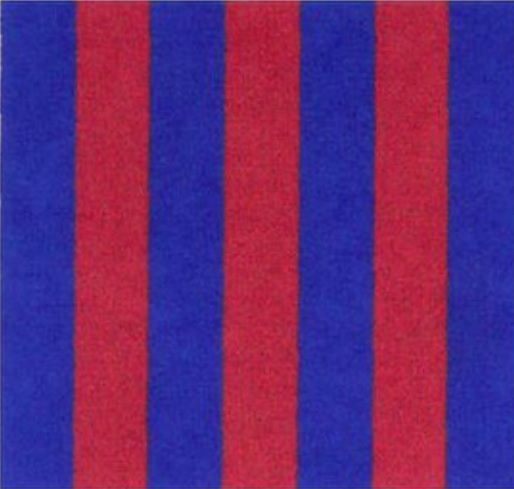 Never one to shy away from defending its brand, Adidas had filed a notice of opposition to FC Barcelona’s trademark application. It contends that its iconic three-stripe mark precedes Barcelona’s mark and therefore makes it invalid. The mark consists of a square containing seven vertical stripes. The 1st, 3rd, 5th and 7th stripes from the left are blue, and the remaining three stripes are garnet.

Adidas has been using its three-stripe pattern in the United States and worldwide since 1952 for footwear and 1967 for apparel. “Since introducing the Three-Stripe Mark [in 1952], adidas has spent millions of dollars promoting the mark and products bearing the mark. As a result of adidas’s extensive use and promotion of the Three-Stripe Mark, adidas has built up and now owns extremely valuable goodwill that is symbolized by the mark.

The purchasing public has come to associate the Three-Stripe Mark with adidas.”

Furthermore adidas added: “Consumers familiar with the footwear and apparel long associated with adidas’ Three-Stripe Mark are likely to assume that the goods in Class 25 [footwear and apparel] and Class 28 [sporting goods/equipment] offered under FC Barcelona’s trademark originate from the same source, or that they are affiliated, connected, or associated with adidas.” As a result, “any defect, objection, or fault found with FC Barcelona’s products marketed under the FC Barcelona trademark necessarily would reflect on and seriously injure adidas’s reputation.”

Now, the football club appears to have backed down; FC Barcelona withdrew its trademark application with adidas’s consent. Consequently, the opposition has been dismissed. Barcelona is sponsored by adidas’ biggest competitor Nike.

When one files a notice of opposition for a Trademark

Before a trademark may be registered with the USPTO, a number of requirements must be satisfied.

If no opposition is filed or if the opposition is unsuccessful, the application enters the next stage of the registration process.

These cases may also be interesting for you:

Do you want to register your trademark?

Our lawyers advise you individually and together with you develop the right strategy to protect your brand.