Cancellation of a registered trademark: Tesla won before Beijing Court

Another signal for China’s efforts to improve the protection of property rights comes from a new ruling by the Beijing court:  Tesla, the American manufacturer for sustainable transport,  recently won a case for the cancellation of a similar trademark registration. 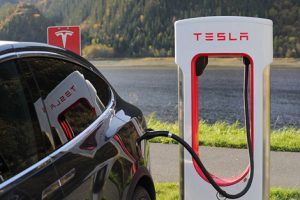 China will strengthen the protection of property rights in order to provide sustained impetus for economic development, it was said last week after an executive meeting of the Chinese State Council chaired by Prime Minister Li Keqiang. And that is how the Beijing Intellectual Property Court ruled a few weeks ago. Tesla prevailed with the claim of trademark cancellation against the state administration for industry and commerce (Trademark Review and Adjudication Board, TRAB) and the also defendant, the Trading Company Beijing Hua Ruikai.

Are goods similar even if they are registered in different classes?

Interesting in this case is the Court’s assessment of whether goods are similar when they fall under different classes of the Chinese classification of goods and services. The decision as to whether goods or services are similar is made on a case-by-case basis. Generally speaking, goods or services that fall under different classes or subclasses are not similar. However, goods are considered to be similar if they are relatively similar in function, purpose, distribution and consumer groups. This means that China complies to a large extent with the requirements of WIPO, the Nice Classification and the Standard for Trial of Similar Goods or Services.

Tesla filed an action for annulment against a registered trademark of the defendants in Class 9 (11485034) on the following grounds:

The trademark of the defendant, the Trading Company Beijing Hua Ruikai, had been issued to the defendant, designated goods of class 9, such as electric welding and soldering equipment, but also vehicle batteries. Teslas trade mark registrations include class 12 goods such as boats, aircraft, bicycles, but also engines and drives for land vehicles.

The Trademark Review and Adjudication Board (TRAB) rejected Tesla’s application for annulment in 2015. However, the TRAB did not explain its decision. Tesla refused to accept the ruling and filed a complaint with the Beijing Intellectual Property Court. 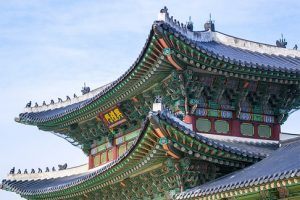 The Beijing Intellectual Property Court annulled TRAB’s decision and found that the goods are similar and Tesla had rightly applied for annulment.

The court gave the following justification:

Chinese courts for intellectual property have a good reputation

It was not until the end of 2014 that three courts for exclusive intellectual property rights were established in China, in Beijing, Shanghai and Guangzhou. By October 2017, more than 33,000 cases had been decided there, according to the report of the Supreme People’s Court in China. The Beijing IP Court deals with patent, trademark, copyright and unfair competition litigation. It has the power to issue injunctions and to grant damages. Since its establishment in 2014, the court has earned a reputation for fair and equitable judgment. Amongst others, Qualcomm won a patent dispute with the Chinese smartphone manufacturer Meizu. And now the American company Tesla was win against the state administration for industry and commerce (Trademark Review and Adjudication Board, TRAB).

Intellectual Property Dispute between China and the USA

Maybe these cases are also interesting for you:

Are you interested in trade mark protection for your company?