European Patent applications can be submitted from all 38 current EPC member states, however, there is no central contact point for an appeal. Therefore the “Protocol of Recognition” determines responsibilities and primacy. 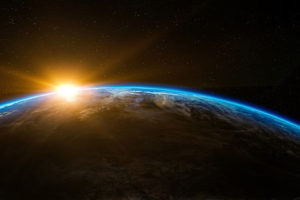 Responsibility & primacy of the Protocol on Recognition

However, since applications can be submitted from all 38 current EPC member states, there is no central contact point where an appeal under Article 61 EPC can be lodged.

In any event, such an appeal must not be lodged with the EPO itself, as decided by the Enlarged Board of Appeal with the decision “Unauthorised applicant” (G 0003/92 of 13.06.2004).

Rather, the competent authority is the court or authority in whose district the non-authorised applicant has his registered office or place of residence (Art. 164 para. 1 EPC in conjunction with Article 2 of the Protocol on Jurisdiction and the Recognition of Decisions in respect of the Right to the Grant of a European Patent (Protocol on Recognition)); in this context, the respective member state is free to grant authorities the authority to decide on actions under Article 61 EPC; in this respect, the Protocol on Recognition does not differentiate between the terms “authority” or “court” in the following text.

In all other respects, the courts of the Federal Republic of Germany shall have exclusive jurisdiction (Art. 6 Protocol on Recognition).

If actions are brought in several courts because of the same case, the court which was subsequently brought in has to declare itself ex officio incompetent (Article 8 para. 1 Protocol on Recognition) or to suspend the decision of jurisdiction until the court previously called upon has ruled on its own jurisdiction (Article 8 para. 2 Protocol on Recognition).

The decision of a member state on the complaint pursuant to Article 61 EPC is not reviewed again for legality in the procedure for recognising the decision, insofar as such a decision is necessary in the respective member state, except in the cases listed below (Art. 9 para. 2 Protocol on Recognition). Exceptions are:

Recognized by all EPC member states

The decision given by a court of law of the contracting states on the right to claim the grant of a European patent (Art. 61 EPC) is recognized by all other contracting states (Art. 9 Protocol on Recognition). In Germany, no independent proceedings are generally required for this purpose. Civil law decisions are always considered to be legally binding as long as none of the prerequisites specified in § 328 ZPO exist; therefore, it can always be assumed that a decision of a court of an EPC member state on an action pursuant to Art. 61 EPC can also be recognised and enforced in Germany.

Our Patent Attorneys and Attorneys at Law bundle various competencies for industrial property, patent- and trademark law. Moreover we are experienced in employee’s inventions.
Our lawyers are entitled to represent you before every court in Germany.