Worst Case scenario: The Unified Patent Court (UPC) should actually come before the Brexit, according to the will of the involved stakeholders. But the ratification from Great Britain and Germany by the enactment of the corresponding laws was lacking. After the UK has agreed and the German Parliament (Bundestag) has given their okay (and practically cleared the way for the UPC), an unknown plaintiff has now submitted a complaint to the German Constitutional Court (Bundesverfassungsgericht) – and put the ratification process on hold for now!

An unknown plaintiff filed a complaint at the German Constitutional Court (GCC) in order to stop the ratification of the unified European Patent Court, which has been in planning for years now. The reasons for the complaint are not yet known up to now. The Lawsuit at Germany’s highest court is like a slap in the face for the creation of a uniform patent right in the European Union. After the “Brexit” has already shifted the test phase by several months, because the test phase should start later this year, the constitutional complaint mixes the schedule even more up. 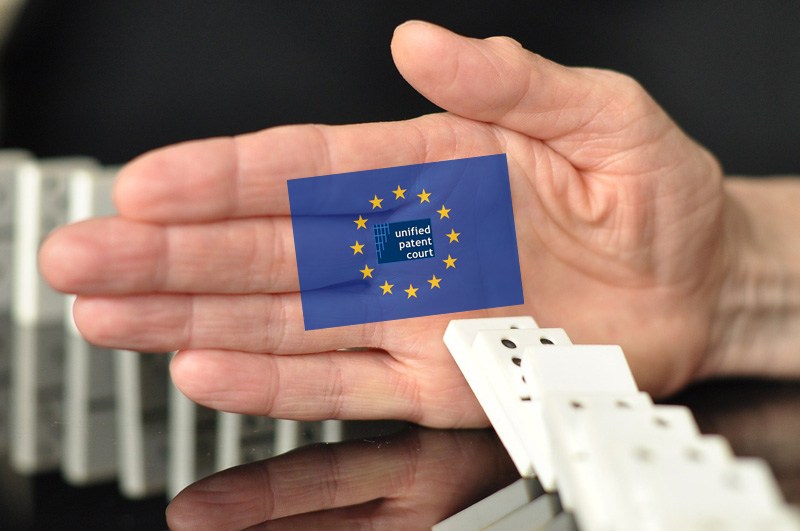 The last of the three required national laws had recently passed the German Federal Council (Bundesrat) and the German Parliament. As a result, the national legislative process was almost completed. The final step would be the entry into force of the Implementation Act by the signing of the German President Frank-Walter Steinmeier. However, he has not made his signature yet on the advice of the GCC. This gives the GCC sufficient time to examine the urgent application pending against the Implementation Act.

As known now, the unknown plaintiff had already submitted a constitutional complaint at March 31. And not only against national law, but also against the convention itself(!) This is reported by the german newspaper Frankfurter Allgemeine Zeitung (FAZ) in an article of June 12.

(Additional statement on 11.9.2017: According to information from Bristow’s UPC the unknown plaintiff is Dr. Stjerna, a Düsseldorf lawyer for IP law)

Unified Patent Court: The possible motive for the complaint

The fact that the motivations for the complaint have not yet been officially released, there are currently many speculations what have gone wrong in the elaboration of the law. One of the reasons could be the concerns about the constitutional legalitiy of the proceedings. The problem: the executive and the judiciary were in one place and above all they have one and the same superior – EPO president Benoît Battistelli. Battistelli, who is at the head of the administration and the court of the EPO, could have a personnel and factual influence on the executive and the judiciary. So it is not possible or at least difficult to examine the EPO decisions by an independent court.

In this regard, the EPO had already been critized by many. Last year it was announced that one of the sectors would be relocated to guarantee at least a spatial separation. In the press release it says: “The relocation to another office building is therefore an important step in the effort to secure and strengthen the EPO’s complaints system in the long term” and further “Until now, the Boards of Appeal were lodged in the main building of the EPO on the River Isar. The increase in their organizational independence was consistently subject of discussions.”

The planned move, which is to be in the coming months, could thus be understand that the president wants to secure himself from further accusations of the allegers. However, this won’t change the institutional constitution of the Office. In plain language: New location, but old hierarchy and method of operation. 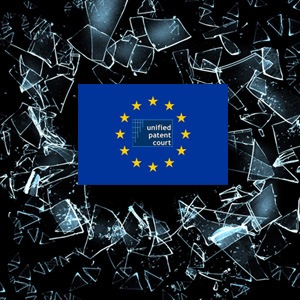 The German Presidential Office confirms that “on demand of the GCC from April 3, 2017”, the examination of the law requiring approval on the Unified Patent Court was suspended by the German President. The “request” was first submitted verbally, then in writing. (quotation from FAZ newspaper article)

That the GCC is contacting the German President directly is rather rare. But this will win some time for the German Constitutional Court. Not only has a complaint been received, but also an urgent application has been filed, which directly affects the future law for the patent court as well as the patent law reform.

The fact that such a big issue can not be decided within a few days is obvious.

We expect a decision at the earliest in late summer. Until then, the UPC ratification is on hold.

Unified Patent Court / EU-Patent: Something to think about?

Make a free and non-binding call back call today: