The recently published annual study Top 100 Global Innovators of the private analysis company Clarivate Analytics names the 100 most successful companies worldwide in the field of “Innovation through Research and Development”. According to this evaluation, Asia is proving to be the most innovative region in the world, ahead of North America. 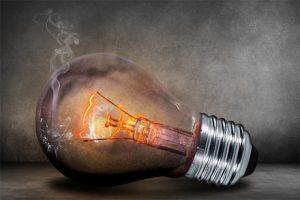 Clarivate Analytics’ analysis of the world’s top 100 global innovators is based on the evaluation of the Derwent World Patent Index (DWPI), which in turn belongs to Clavivate Analytics itself and incorporates the findings of around 40 patent offices worldwide. The study does not measure the highest number of patent applications worldwide. Rather, it seeks to capture and evaluate sustainable innovations from companies whose patents are actually successfully brought to market and have global sales potential.

The methodology of the report identifies four key areas by which innovative companies are evaluated in the Clarivate analysis:

Clarivate Analytics is a privately held analysis company based in Philadelphia, USA. The analyst firm was Thomson Reuters’ former intellectual property and science business until 2016. It has been owned by the Canadian Onex Corporation and Baring Private Equity Asia since 2016.

Asia is the leading region for innovation 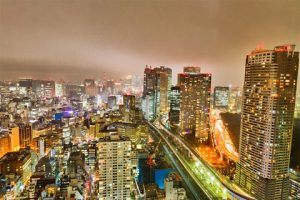 Asia is the leading region for the top 100 global innovators in 2017. With a total of 45 companies, they are ahead of the United States with 39 companies this year, and well ahead of Europe with 19 companies in the top 100, and Japan’s dominance of innovation in the Asian region is striking, with 39 of the 45 innovative companies listed coming from Japan. Only one company from China was listed for comparison: Huawei.

North America had the most innovations in 2011-2013 and 2016, but had to hand over the top spot in 2017 to Asia. Silicon Valley in the USA remains the epicentre of innovation.

In Europe, France, Germany and Switzerland make up a large part of the 19 European top 100 companies: France 7, Germany 4 and Switzerland 3 of the companies. In Germany, these are the chemical and pharmaceutical companies BASF, Bayer and Merck as well as the Frauenhofer Institute. Apart from that, companies such as Ericsson from Sweden, Nokia from Finland and Medtronic from Ireland, as well as the two Dutch companies NXP Semiconductor and Philips, contribute to the European innovations.

The study lists the innovative companies or organisations not only by region, but also by current industries. The electronic and chemical-pharmaceutical industries are dominating.

The hardware and electronics industry also includes new electronics topics such as smart devices and the Internet of Things. Accordingly, the innovative power in this area is correspondingly strong, with 34 innovative companies being listet in 2017.

In this area, the USA occupies the top positions in 2017, with Japan occupying a clear second place. Neither Germany nor France have listed a company in this field, only the Swiss company TE Connectivity and the two Dutch companies NXP Semiconductor and Philips offer European innovations in this future-oriented field.

The chemical and cosmetics industry boasts 12 of the top 100 global innovators. These include companies such as Arkema from France, the American companies 3M, Dow Chemical, DuPont and the Japanese companies Shin-Etsu, Asahi Glass, Mitsui Chem, Nichia, Nitto Denko and Toray.

Only 7 companies among the top 100 global innovators are still in the automotive industry. None of the German car brands are included, but instead 6 of the 7 listed innovative companies come from Japan: Toyota Motor, Nissan Motor, Honda Motor, as well as Bridgestone, JTEKT and Aisin Seiki. Delphi is the only American company listed in this field of mobility.