If you are interested in having your patent protected as an American patent in the U.S., you have several options to speed up the U.S. patent examination procedure. In particular, we show the possibilities that are not based on the so-called Patent Prosecution Highway. 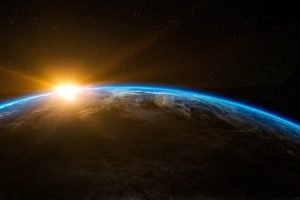 For several years now, national and international patent offices have been trying to simplify and, ideally, speed up patent applications. “The Patent Prosecution Highway (PPH) enables the participating offices to mutually use the results of their work”, describes the German Patent and Trade Mark Office (DPMA). “This makes the patent examination procedure more efficient – and thus more user-friendly – and improves the quality of the examination. The Global Patent Prosecution Highway (GPPH) is a multilateral pilot project in which all national and regional patent offices can participate. In addition to the DPMA, 21 other patent authorities worldwide participate in the GPPH (as of January 2017)” (citation: DPMA).

In principle, a patent application based on the Patent Cooperation Treaty (PCT) is referred to as a PCT application. It does not lead to an international patent, but is to be understood as an option for subsequent national applications. In order to obtain a patent abroad, the applicant must file a separate application with the respective national patent office – an elaborate and expensive procedure. This is simplified by PCT applications: The PCT procedure begins with a so-called international phase, during which the formal examination takes place, and then goes into the so-called national phase. The DPMA points out the following: Before the deadline expires (usually 30 months from the priority date), the applicant must continue the procedure before each individual office of destination, pay the national fees, file a translation and observe other national provisions.

For patent applications in the USA in particular, however, further options are available to speed up the U. S. patent examination procedure. 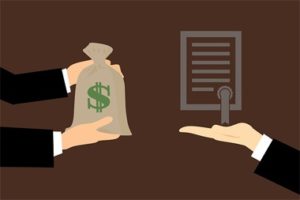 The Prioritized Examination is also called Track-1 Examination. It may neither be a PCT application nor a design application. An U. S. national utility or plant registration can be taken into consideration for this path. It is important to note that there is a maximum of 10,000 applications per financial year of the American Patent Office (USPTO), which are also approximately or completely exhausted. In 2017, an average of about 800 applications per month were submitted.

Important note: These costs are in addition to the official fees for filing an application.

AESD must comply with the following conditions:

Important note: These costs are incurred in addition to the official fees for filing an application. The costs of conducting a prior art search depend on the complexity of the invention; they are often in the four-digit range.

Another cost factor is the legal fees for the preparation of the AESD. Depending on the scope of the application and the state of the art found, it can take several hours.

The First Action Interview Pilot Program offers the opportunity to communicate with the examiner at a very early stage and to discuss the registration. This is very helpful before the examiner issues a formal report.

When an application is made for a First Action Interview, the examiner carries out an initial research. If the application cannot be filed after this initial search, the examiner creates a pre-interview communication document. This clearly identifies the publications found and the rejection. The applicant then has the opportunity to discuss the pre-interview communication with the examiner in an interview, submit arguments and, if necessary, make changes to the claims.

Important note: There are no official fees for the First Action Interview.

The Priorized Examination procedure has the highest initial official costs, but is the fastest procedure on the other hand. Also one should consider that with the Accelerated Examination procedure additional costs for the search of the state of the art and the lawyer costs for the production of the AESD come in addition. Under certain circumstances, this can even mean that the costs of the two procedures are virtually the same.

Furthermore, in the accelerated examination procedure there is the danger that the scope of protection can be limited by a so-called estoppel – depending on how the argumentation on the state of the art is evaluated. However, a narrow interpretation of the scope of protection is disadvantageous, because in the event of a potential patent infringement, the claims on the patent can no longer be interpreted broadly.

Do you want help for international patent application or protection for your patents?

Our Patent Attorneys and Attorneys at Law bundle various competencies for industrial property, patent- and trademark law, national and international.
Please take your chance and contact us – a request for a call-back is non-binding:

DPMA: PCT Application (only in German)