Security for litigation costs: How is the seat of a legal entity to be determined?

The assertion of claims for a patent can quickly lead to uncertainty about the costs of litigation if the domicile of a legal entity is not obvious or even outside Europe. In 2017, the Düsseldorf Higher Regional Court specified the distribution of the burden of proof for determining the place of residence and the administrative seat.

Is a mailbox address a registered office?

The plaintiff who wishes to assert her claims on the patent is a company under English law. Since February 8,2017, the place of the “Registered Office” prescribed by Section 9 of the Companies Act 2006 for legal entities in the British Commercial Register is the address given in the rubrum – naturally located in England. At the time the action was filed, this address was registered as the plaintiff’s address, but this address was also registered as a “Registered Office” for another 22 companies. An interim judgement of the German District Court Düsseldorf (2015 (4a O 21/15)) found that it was not possible to establish that the applicant had an effective administrative seat within the European Union or the European Economic Area. 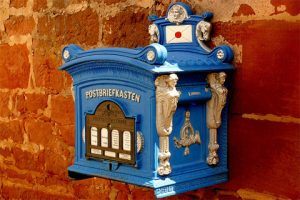 In a decision issued in 2017, the 15th civil senate of the Düsseldorf Higher Regional Court (Oberlandesgericht) clarified the distribution of the burden of proof for those facts that determine the plaintiff’s place of residence or administrative seat. The specific case concerned the necessity of a guarantee of legal costs in accordance with § 110 para. 1 ZPO, since the defendant had assumed that the plaintiff’s registered office was outside the European Union. However, the plaintiff argued that the English address was its address for service. The “Registered Office” were actually adequately equipped to manage the company. In addition, it alleges that the applicant has provided an additional service address as well as a fully-fledged place of business at a Swedish address. The management of the company mainly takes place in Sweden, according to the plaintiff.

Dispute-relevant questions have to be proven – also non-existent facts

After that, it remained true that the principle established in civil proceedings was that the issues relevant to the dispute should be presented and demonstrated by those who invoke them. In principle, this also applies to negative, i. e. non-existent facts, here the lack of residence in the EU. The mere denial with ignorance of the facts presented by the plaintiff does not meet these requirements. On the other hand, however, there should not be any overstretched requirements, because the defendant usually has no knowledge of the internal organizational structure of the other litigation party. It is therefore reasonable for the defendant, at any rate, to point out those indications from which the plaintiff’s lack of administrative headquarters arises. The applicant would then have a secondary burden of explanation because it was regularly and easily possible and reasonable for it to disclose its organisational structure. This would not result in either a reversal of the burden of proof or an obligation on the opposing party to provide evidence that goes beyond the procedural burden of explanation.

In the specific case, the Court referred to the place where management decisions are made with a “degree of consolidation”, which is likely to be understood as regularity; compliance with local tax rules, such as the establishment of a tax number, would not play a role. It was also irrelevant whether the applicant had actual assets at that location. The maintenance of a so-called “Registered Office” does not indicate that it is the applicant’s registered office, even if there are persons at that address who would be entitled to receive postal items. However, the maintenance of an office in which the applicant’s own managing directors and accountants, as well as receptionists, would be employed, together with the applicant’s offer of evidence, constitute sufficient evidence to support the applicant’s actual administrative headquarters at the office in question.

As a result, the Court concludes that both the plaintiff’s registered office (namely in “England”) and her “operational” place of business (Sweden) are both located in the territory of the European Economic Area, so that § 110 ZPO does not apply. The Court therefore overturned the previous rulings and referred the case back to the Court of First Instance for further consideration.

Securing of litigation costs to secure enforcement of a title

The aim of the legal certainty of costs is not to secure a possible claim for reimbursement of costs against a potential pecuniary debtor, but to avoid difficulties in the enforcement of a title outside the scope of the ECJ Regulation or the Lugano Convention. Finally, any enforcement proceedings are not hindered by the fact that the plaintiff’s address is not made known to everyone or agrees with the address which can be summoned. Rather, it must be possible to service documents in accordance with the EuZustVO. This would be the case, as is the case here, if the plaintiff’s offices at the address known to the defendant actually existed and were openly signposted.

Finally, the Higher Regional Court of Düsseldorf specifies who may be a substitute beneficiary within the meaning of Art. 14 EuZustVO. These are those persons employed or present in the company of the addressee who are entitled to receive consignments and confirm their receipt or sign the return receipt. This could also be a receptionist not employed by the litigant in an office building in which several companies are located.

Are you looking for legal help in your litigation?