How to protect my drugs from patent approval and generic replication? This question is a constant challenge for pharmaceutical companies, especially if their original drug has high development costs and a very good sales success. The Irish pharmaceutical company Allergan has now sold the patents of the drug Restasis to a Mohawk tribe in the state of New York to prevent the patents from being invalidated. 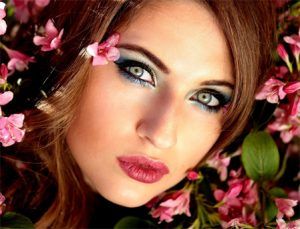 The reason for this is that pharmaceutical companies usually protect their patents with several patents, since generic companies are only allowed to produce generic drugs when all patents have expired. Therefore, it is again possible to have a valid patent protection revoked by special courts. American Indian tribes, on the other hand, enjoy a high degree of legal autonomy in American law. In this area of law, patent rights cannot be revoked by special courts. In addition, American Indian tribes enjoy immunity from patent office trial review.

Allergan PLC is a global pharmaceutical company headquartered in Ireland. Allergan, also known as a botox manufacturer, and its merger partner Actavis stand for the so-called industry model Growth Pharma and declared brand leadership. Allergan faces numerous patent problems with its main product Restasis, a drug for dry eyes, including some under the so-called Inter Partes Review.

An inter partes review (IPR) is a procedure for challenging the validity of a United States patent before the United States Patent and Trademark Office. (Quote: Wikipedia)

The procedure is conducted by the Patent Trial and Appeal Board (PTAB) to review the patentability of one or more claims in a patent only on a ground that could be raised under §§ 102 or 103, and only on the basis of prior art consisting of patents or printed publications.
(Quote: USPTO)

The IPR process was introduced six years ago to reduce the burden of patent litigation on federal courts, but critics, including pharmaceutical companies, say it has been exploited by so-called patent trolls and hedge funds. 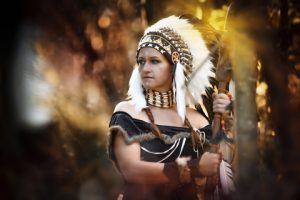 In the specific case of Restasis, generic companies Akorn, Mylan and Teva Pharmaceutical Industries Ltd asked the U. S. Patent and Trademark Office under the IPR to invalidate Allergan’s patents. This is no longer possible with the transfer to the Native American tribe. Allergan transferred all patents for its billion-dollar drug Restasis to the Saint Regis Mohawk Tribe. The agreement will entitle the tribe to a $13.75 million initial payment, starting next year. The tribe will lease the patents exclusivley back to Allergan, and will receive $15 million in annual royalties as long as the patents remain valid. If the treaty holds, Allergan could have found a loophole in the wall of court and patent-office decisions, and other pharmaceutical companies might follow choosing Native American tribes as green oasis for their patents.

(Supplement of 17th October 2017: A federal court in Texas invalidated these patents on 16th October 2017. Allergan plans to appeal.)

Allergan sues competitors for patent infringement in a separate process

But Allergan also has to fight for patents for product Restasis before a Texas court, in a separate process. Allergan defends itself against generics in the eye care segment of rival Shire PLC and sues its competitors in the U. S. District Court in Texas for patent infringement. The pronounced agreement with the Native American tribe has no influence on the Federal Supreme Court proceedings. If the company were to lose this case, its patents would be declared invalid regardless of the agreement with the tribe.

Allergan could have found a loophole – if the treaty holds

Due to its relevance for the entire pharmaceutical industry, Allergan’s bold move is also making waves in the American Senate. Sherrod Brown, Senator of the Democrats from Ohio, has sharply criticized the patent agreement between the American pharmaceutical company Allergan and the Mohawk tribe.  He wants the congress to find opportunities to strengthen competition in the pharmaceutical sector – also by closing the new loophole and thus strengthening the generics manufacturers.
(Supplement of 17th October 2017: Missouri Senator Claire McCaskill on October 5 introduced a bill to ban attempts to take advantage of tribal sovereignty).

Do you want to protect your pharmaceutical invention?

Enlarged Board of Appeal: Mixed inventions with computer