Last round in the longlasting battle over the knit technology in sportshoes: The sporting goods manufacturer Adidas AG challenged Nike Inc. again and applied for the cancellation of Nike’s patent on flyknit. On 30 november 2017 Adidas filed its official appeal with the U.S. Federal Court of Appeals, in order to overturn the decision of october 2017 by the Patent Trial and Appeal Board upholding Nike’s Flyknit patent.

In the limelight: Nike’s patent for footwear with structural elements

Adidas cites Title 35, Section 103 of US patent law. This states that a patent for an invention cannot be claimed if the invention “would have been obvious before the effective filing date of the claimed invention for a person who possesses ordinary skills in the art to which the claimed invention belongs”. The German sports goods manufacturer is therefore concentrating on the argument that Nike’s Flyknit technology is essentially nothing new. Nike is owner of a patent for „Article of footwear having an upper with thread structural elements“ (Patent Nr. 7.347.011). This is at the centre of the dispute.

Dispute started with Olympic Games in 2012 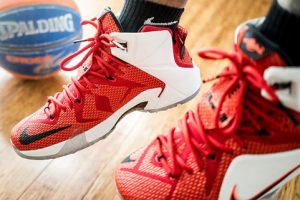 This longlasting dispute between the world’s two largest sporting goods manufacturers is about a special technology in the production of running shoes. Nike had launched its flyknigt shoe in February 2012 and Adidas introduced the “Adizero Primeknit” model in July 2012. Both manufacturers brought their knitted running shoes to market in the run-up to the Olympic Games in London and achieved very good sales figures.

Adidas initially only offered its primeknit models for sale in Germany. Therefore, Nike sued for patent infringement before the Nuremberg court. In this case, as now, the question was: can anything as general and well-known as Nike’s knitting technology, known since 1940, be patented? The Nuremberg court followed the argumentation of Adidas and denied the patent infringement.

But that was not the end of the rivals’ feud. At the end of 2012, Adidas filed an application in the U. S. to challenge the validity of the Nike patent by means of an inter partes review (“IPR”). The reason: Adidas started also to sell its knitted shoes in the U. S. and tried to hinder Nike from stopping the sale of the shoe, for example by filing a patent infringement suit before an U. S. court.

An inter partes review (IPR) is a procedure for challenging the validity of a United States patent before the United States Patent and Trademark Office. (Quote: Wikipedia)
The procedure is conducted by the Patent Trial and Appeal Board (PTAB) to review the patentability of one or more claims in a patent only on a ground that could be raised under §§ 102 or 103, and only on the basis of prior art consisting of patents or printed publications.
(Quote: UPSO)
The IPR process was introduced six years ago to reduce the burden of patent litigation on federal courts, but critics say it has been exploited by so-called patent trolls and hedge funds.

Ping-pong mode between PTAB and Federal Court of Appeals 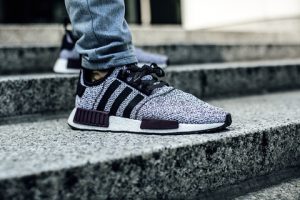 The Patent Trial and Appeal Board agreed with Adidas. The PTAB decided that Nike had not been able to prove the patentability of the amended claims against the known prior art.

In April 2016, adidas therefore filed three further applications in connection with three other Nike utility models. These patents were granted to Nike between 2010 and 2012 and describe aspects of “footwear with textile uppers and the manufacturing process for footwear”.

However, in october 2017 the PTAB upheld Nike’s Flyknit patent. Adidas could not prove that a combination of previously granted patents did not meet the claims of Nike for an ordinary qualified craftsman, according to PTAB.

The appeal to the U.S. Federal Court of Appeals, filed last week, means the last chance for adidas to have Nike’s Flyknit patent revoked. The final is actually served.