EPO and a new guide for European Unitary Patent Protection

It is still uncertain when the Unified Patent Court will be able to start. What is certain, however, is that the target date of the end of 2017 will not be met under any circumstances. Nevertheless the European Patent Office has recently published a new Unitary patent guide.

This 40-page guide presents the structure, details and, of course, the advantages of the future Unitary patent. In particular, the European Patent Office (EPO) emphasises the cost-effectiveness of unitary  protection, since the new patent form is considerably cheaper than conventional national or European patents. 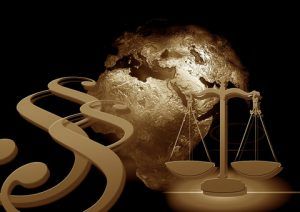 The annual renewal fees for the first 10 years – the average lifetime of a patent, according to the EPO – would be less than € 5,000. A full 20-year patent would then cost its owner nearly €36,000 in renewal fees. The renewal fees are calculated as combined annuity fees, which are based on the four highest fees, usually those of the states Germany, France, UK and the Netherlands.
When comparing the costs of a single patent with those of a classic European patent, the new EPO guide states that not only the amount of renewal fees must be taken into account, but also the costs associated with validating and maintaining a classic European patent. This includes translation and publication costs, including fees, as well as fees charged by the state patent offices.

Less fragmentation
Right now, companies may have to file individual claims in all countries where their European patent is validated. Such a fragmentation of the procedures is expensive and time-consuming, and legal uncertainty is added. The unified patent court would centralize a potential litigation.

Uncomplicated and inexpensive
The EPO points out that the existing validation requirements in the participating Member States cause high costs, particularly for translations, fees and charges. In future, unified patentees will pay only a single amount within the time limits if they pay a renewal fee to the EPO, in one currency and under a single legal regulation with regard to time limits and legal tender.

Unitary patent protection – even after brexit
Moreover the guide is used as an opportunity to reassure potential unitary patent applicants on the likely effect of Brexit: “Should the UK’s withdrawal from the EU become legally effective, EU regulations creating the unitary patent will cease to apply there.” (Quotation: Unitary Patent Guide of the EPO ) But: this depends on the current negotiations between EU and UK.

When and who can apply for an European Unitary Patent? 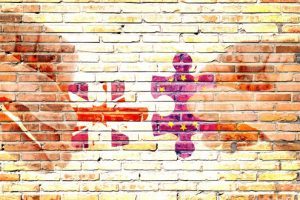 An European Unitary Patent may be applied for any European patent that has been or will be granted for or from 17 December 2012 (Regulation (EC) No 1257/2012 and (EU) No 1260/2012). And, of course, after the Unified Patent Court (UPC) has really started. This is not to be expected so quickly: Westminster and Germany in particular are in delay with ratification, as we have already reported. Since the Federal Constitutional Court in Germany has been appealed in particular, there is currently no deadline for final start of the UPC.

Area of application to the Unitary patent does not successively extend

And there is something else that needs to be considered: the territorial validity of the European Unitary Patent applies only to those countries that joined the UPC at the time of granting this patent. A unitary patent area of an EU unitary patent does not extend to other Member States that are ratifying the Treaty. To be sure that the desired countries have already ratified the UPC and thus belong to the uniform patent area, it is advisable to have a look at the ratification index, which is always up-to-date.

A brief overview of the EU Unitary Patent

Need someone helping you with your national or EU-Patent Application?

Then please do not hesitate to contact us. Request a callback TODAY – it’s without any obligations! We looking forward to your call!