Brexit News: UK bids farewell to EU data protection – but there is hope for UPC ratification

The bad news first of all: the recognition of the data protection level for Great Britain will be classified as a “third country” after 30 March 2019. But there are also positive news on the ratification of the Unified Patent Court in the UK.

There are still many open questions about patent and trademark protection for all intellectual property rights in Great Britain after the Brexit. The great hope for reliable patent protection therefore lies in the establishment of a Unified Patent Court (UPC) and an European patent. The EU and national governments have been working for years to implement it. The actual introduction would greatly simplify patent protection in Europe. And, above all, the British Government has always stressed its desire to participate in such an Unified Patent Court and an European patent, despite the brexit. What is missing is ratification.

Ratification of the UPC in Westminster has begun 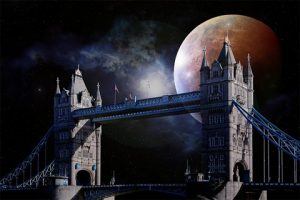 Most European countries have already carried out ratification and thus cleared the way for the Unified Patent Court. Only in two countries does the necessary ratification falter: the United Kingdom and Germany. In the UK there were delays, especially in the English Parliament. Both the English and Scottish parliaments must agree to ratification. In the UK, parliamentary recognition of the so-called statutory instrument (SI) is an important part of the implementation process for the actual start of the long-planned Unified Patent Court and its implementation in national law. And there is good news here: after delays in the necessary debate in the English Parliament, the debate finally began in December 2017. It is therefore possible that the United Kingdom will actually ratify the Unified Patent Court UPC in 2018.

The situation in Germany is more uncertain. As we have already reported, Düsseldorf lawyer Dr. Stjerna filed a constitutional complaint against the ratification of the Convention on a Unified Patent Court (EPPCC) in 2017 as an initially unknown plaintiff before the Federal Constitutional Court (BVerfG). As a result, and at the request of the BVerfG, the Federal President’s Office agreed on 4 April 2017 to the suspension of ratification, which had already been approved by parliament. It is still open whether the BVerfG will accept the constitutional complaint for decision, but this can be expected in the coming months. However, if the complaint were to be accepted, the actual ratification should remain postponed indefinitely.

Yesterday the German Bar Association (Deutscher Anwaltsverein DAV) considered the constitutional complaint against the ratification of the UPC in its statement no. 2/2018 to be “inadmissible and unfounded”. All in all, the regulations of the Unified Patent Court comply with the principles of the rule of law and Union law, according to the DAV. This is not yet a decision. This is expected from the Federal Constitutional Court in the coming weeks or months.

In another area of law, however, there are poor prospects for the time after brexit. Following a notification by the European Commission last week, the United Kingdom will be classified as a “third country” within the meaning of the basic data protection Regulation (DSGVO) as of 30 March 2019 (00:00 CET). This has many practical implications in the field of data exchange with Great Britain. The impact could be mitigated by existing EU standard contractual clauses, and additional procedures or certifications still to be negotiated or drafted. However, it remains a fact: without negotiations and new treaties between the EU and Britain, data exchange will be massively disrupted and restricted within a year.

Perhaps you may be interested in our range of articles on the Unified Patent Court (UPC):

Are you looking for international protection for your patents?

We would be pleased to support you with the necessary research and correct registration of your patent. Please take your chance and contact us. Our lawyers are experienced in trademark and patent law, national and international law.