In today’s judgment, the European Court annulled the previous decision of both the Cancellation Division and the Board of Appeal of EUIPO declaring the EU trade mark FLÜGEL invalid for the goods “alcoholic beverages (except beer)” and “alcoholic essences”. Red Bull loses in trademark dispute over its earlier word mark “VERLEIHT FLÜGEL”. 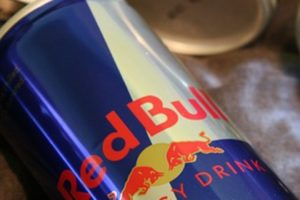 Declaration of invalidity due to the earlier Red Bull mark

A registered EU trade mark may be declared invalid at the request of the proprietor of an earlier trade mark if there is a likelihood of confusion because of its identity with or similarity to an earlier trade mark and because of the identity or similarity of the goods or services covered by the trade marks. The perception of consumers in the territory in which the earlier mark is protected is decisive. The Court expressly emphasised that the likelihood of confusion presupposes that the marks in question are identical or similar and that the goods or services covered by them are identical or similar. Those conditions are cumulative.

Red Bull had filed an application for a declaration of invalidity in 2011 against the registration of the EU trade mark FLÜGEL by International Licensing Services, one of the applicant’s predecessors, Asolo Ltd. The Austrian drinks giant relied on its earlier national trade marks VERLEIHT FLÜGEL in Germany and RED BULL VERLEIHT FLÜGEL in Austria (Flügel (german) = wings (eng)).

The goods concerned were neither similar nor identical

It was not, however, the question as to how similar the contested word marks are but the slightly different Nice classes and corresponding goods in those classes which decided the case. The disputed EU trade mark FLÜGEL was registered in classes 32 and 33 for the following goods:

However, Red Bull’s famous VERLEIHT FLÜGEL marks were only registered in Class 32 for ‘energy drinks’.

The Cancellation Division had pointed out that there was a certain link between the goods covered by the contested mark and those covered by the earlier mark, for which a certain reputation was established, since it is common experience that alcoholic goods are often mixed and/or consumed with energy drinks.

The European Court of Justice (CJEU) contradicted this in its ruling today. It could not be held that an alcoholic beverage and an energy drink were similar simply because they could be mixed, consumed or marketed together, the Court clarified. In addition, it should be noted that undertakings marketing alcoholic beverages pre-mixed with a non-alcoholic ingredient do not sell that ingredient separately and under the same or similar trade mark as the pre-mixed alcoholic beverage in question.

Do you want to protect your trademarks or brands?

COCO vs. INCOCO: Chanel wins in likelihood of confusion

Miley Cyrus versus Cyrus: no likelihood of confusion!

Lindt Gold before the BGH: Market validity of the gold colour