The colour mark ‘Purple’ for the Glaxo Group: intervener not admitted to the proceedings

The pharmaceutical company Glaxo Group has so far tried in vain to place the colour brand purple under EU trademark protection. Today, the ECJ rejected the admission of generic manufacturers as interveners in this case. A hypothetical event did not establish a legitimate interest in litigation. 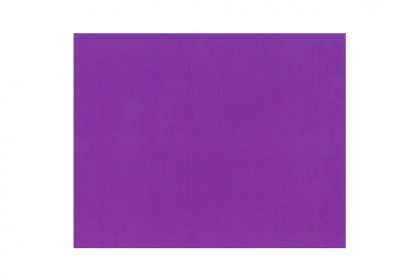 Since 2015 Glaxo Group Ltd. (UK) has been trying to place an EU colour trademark on the colour purple under trademark protection: “Purple – PANTONE: 2587C”. So far the desired trademark protection has been rejected by the EUIPO. In particular, the fact that inhalers commonly used in the pharmaceutical sector are classified according to colour led to the trademark rejection. In some Member States, inhalers marketed in a purple colour contain combinations of drugs to alleviate symptoms.

Thus, since the mark applied for is perceived as an indication of certain characteristics of the goods, it cannot be regarded as proof of the origin of a product or service – but that is the essential function of a trade mark.

By decision of 15 January 2019 (‘the contested decision’), the Board of Appeal of EUIPO therefore dismissed the appeal brought by the Glaxo Group against the refusal to register the mark. Glaxo brought an action against that decision before the European Court of First Instance (CFI).

However, today’s judgment of the CFI did not focus on the disputed colour mark, but on the application of the pharmaceutical companies EBEWE Pharma GmbH (Austria) and Sandoz International GmbH (Germany) to be admitted as interveners in this case. The CFI dismissed this application today.

Intervener in a legal dispute

Accordingly, EBEWE Pharma GmbH and Sandoz International GmbH claimed a legitimate interest in these proceedings concerning the color trademark purple. They expressed concern that a decision of the Court in favour of the applicant would have a significant impact on national registration or invalidity proceedings concerning trade marks consisting of a single colour, since those proceedings would become devoid of purpose. A possible authorisation of the colour mark ‘lilac would have direct and significant negative consequences for the marketing of her generic product.

Direct interest in the outcome?

EBEWE Pharma GmbH relied on the fact that it had submitted observations of third parties during the proceedings before the Board of Appeal of EUIPO and therefore had a direct interest in having the contested decision upheld. Indeed, according to the case-law, the concept of interest in the outcome of the case must be understood as a direct, existing interest in the decision on the applications and not as an interest in the pleas or arguments put forward, the CFI explained in its decision today. In principle, however, an interest in the outcome of the case can only be regarded as sufficiently direct, the Court of First Instance ruled, to the extent that this outcome is likely to change the legal position of the applicant for leave to intervene. However, this was not the case in the present case, the CFI made clear.

Sandoz International GmbH in turn claimed that it coordinates disputes within the Group and provides legal support and advice. Above all, however, the court’s decision on the disputed color trademark will have an impact on the pending pass-off lawsuits in Ireland and the UK in which Sandoz is involved.

A future and hypothetical event is not capable of demonstrating an existing and well-founded interest in the outcome of the case, the CFI stated in its judgment today. This is true even if there is a possibility that national courts will come to different judgments. This would in particular be the case if the national public, and not the public of the entire European Union, were relevant for the assessment of distinctiveness through use. This could apply to the colour mark purple of the Glaxo Group.

However, EBEWE Pharma and Sandoz merely relied on different hypotheses and not on a fixed or existing event. Consequently, the possible future proceedings invoked by the applicants for leave to intervene were not sufficient to demonstrate that they had a well-founded and existing interest in the outcome of the present case, the CFI held.

The Court of First Instance therefore did not allow EBEWE Pharma GmbH and Sandoz International GmbH to act in the proceedings concerning the colour mark Purple for the Glaxo Group as intervener.

Pharmaceuticals and patent or trademark protection – also an issue for you?

Our attorneys will be pleased to advise you. If you are interested, please contact us – we look forward to your call!