Are supplementary protection certificates also permitted for an active substance in a combination of medicinal products? Does a combination product, which has only been positively assessed in a consultation procedure, meet the procedural requirements of the drug legislation? The Federal Patent Court submitted these questions to the European Court of Justice in 2017. 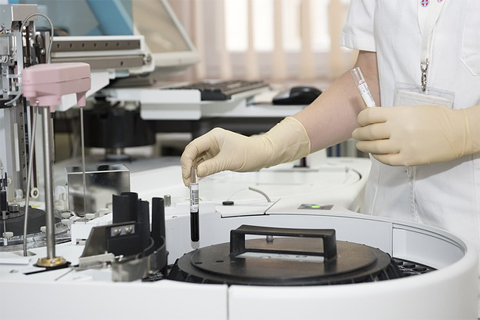 The case focuses on a European patent granted in 2010 for which a supplementary protection certificate has been applied for. It is a patent for the use of drugs to reduce restenosis, a narrowing of the vascular wall and has since lapsed over time. Taxol (international known as Paclitaxel), an active ingredient known from cancer therapy, has been approved by the European Medicines Agency (EMA) since 1999. The German translation of the basic patent claim states literally:”Use of taxol for the manufacture of a medicament to maintain an enlarged vascular surface”.

In 2011, the complainant applied to the German Patent and Trade Mark Office (DPMA) for a supplementary protection certificate based on the German part of the European patent. In 2016, the Patent Department of the DPMA rejected the application and argued that the product in accordance with the application did not have a marketing authorisation for medicinal products within the meaning of Article 2 of Regulation (EU) 469/2009 (AMVO). The applicant lodged an appeal against this decision and continued to pursue the aim of issuing a supplementary protection certificate, most recently for “Paclitaxel” and stating a CE certificate, which was issued to the applicant by TÜV Rheinland in 2003 (CE certificate ID 60004045 0001 for “TAXUS™ Express Paclitaxel-Eluting Coronary Stent System”).

The protection certificate in question in this case is subject to Regulation (EU) No 469/2009 on the supplementary protection certificate for drugs in conjunction with Sec. 16a (1) German Patent Law. It extends the legal term of protection of a basic patent by a maximum of five years after the expiry of the drug patent and by a maximum of five and a half years for paediatric drugs. This should compensate for the shortening of the legal patent period, which is often caused by very lengthy regulatory approval procedures for drugs.

According to Art. 3 of the (EU) No 469/2009 Regulation, a protection certificate may be issued if, at the time of application:

(i) the product is protected by a basic patent in force

(iv) a certificate has not already been issued for the product

The complainant argued before the Federal Patent Court (BPatG) that the wording “authorisation procedure” allowed the interpretation that this also meant other than formal marketing authorisations of drugs in accordance with Directive 2001/83/EU if they comply with the substantive requirements of this Directive. In the present case, the drug “Paclitaxel” had undergone the necessary tests before the Dutch Medicines Agency in the context of the CE certification procedure, in accordance with Directive 93/42/EEC – for medical devices.

Certificate of conformity according to Directive 93/42/EEC

A product is certified by issuing a certificate of conformity, which in this case is a combination of a medical device (stent) and a medicinal component with supporting function (coating with the active pharmaceutical ingredient paclitaxel), classified in accordance with Art. 9 Directive 93/42/EEC in Class III. Certificates of conformity are issued by independent European test authorities which are subject to formal testing standards under EU and national law. On request, the pharmaceutical component of such a combination product may be examined in consultation with a national pharmaceutical authority in accordance with the Drugs Directive 2001/83/EU.

ECJ will decide on the equivalence of authorisation procedures

The ECJ will have to answer the question of whether a combination product, which has been positively assessed in a consultation procedure in accordance with the drug-legal standard, also satisfies the procedural and substantive requirements of Art. 3 of the Regulation (EU) No 469/2009.

In addition, the ECJ must decide whether the application of the AMVO for the medical combination product is excluded because it has not not gone through the formal approval procedure as a drug in accordance with Art. 2 of the Regulation (EU) No 469/2009.

The Federal Patent Court has already indicated in its statement that it considers to equate the conformity procedure according to the Medical Device Directive with the approval procedure referred to in Art. 2 Drug Directive. “This does not imply any significant differences with regard to the relevant formal and substantive audit standards, since the two procedures have in common the mandatory pre-market testing by a pharmaceutical authority on the basis of the drug-legal standards laid down in Directive 2001/83/EU “, states the German Court in its decision in the complaint. In addition, the Federal Patent Court argues that it is only through equal treatment that the long duration of the licensing procedure can be compensated for medical-drug combinations and therefore motivates further pharmaceutical research and development in this modern medical field. If the ECJ were to follow the opinion of the BPatG, it would be possible to issue a protection certificate for medical device / drug combinations in accordance with the Medical Device Directive. However, the granting of a protection certificate remains excluded for medical devices without an integral component of a drug.