The spectacular ping-pong procedure and lawsuit for the valuable patent on the treatment of hepatitis C between Gilead and Merck has reached a new peak: a few days ago, a U. S. court declared Idenix / Merck’s patent invalid. 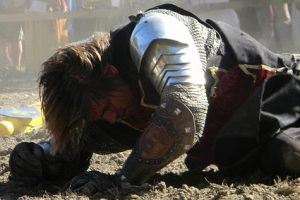 This will completely revoke the sensational December 2016 ruling that Gilead Sciences Inc. is to pay $2.5 billion for patent infringement because Gilead’s blockbuster Sovaldi against hepatitis C infringes the patent of Idenix Pharmaceuticals LLC / Merck & Co Inc. The previous judgement was the largest patent litigation ever brought before a court.

On February 16,2018, however, the U. S. District Court of Delaware declared the Idenix / Merck patent in question invalid (Idenix Pharmaceuticals LLC et al v. Gilead Sciences, Inc., Case No. 1:14-cv-00846). The patent did not meet the requirement to disclose how the treatment covering this invention could be carried out and applied without disproportionate experiments, the judgment states.

In detail the patent (U.S. Patent 7608597) is granted for “Compounds, methods and compositions for the treatment of hepatitis C infection are described that include an effective hepatitis C treatment amount of a described 1′, 2′ or 3′-modifed nucleoside, or a pharmaceutically acceptable salt or prodrug thereof.” A prodrug is a pharmacologically ineffective precursor of a drug that is transformed into an active ingredient by metabolization in the body. The active ingredient Sofosbuvir is covered by this patent and therefore the production and sale of the Gilead drugs Sovaldi® and Harvoni® violates this patent, Merck said.

It was precisely the very far-reaching extension of protection for procedures and compositions for the treatment of hepatitis C by the formulation in the patent in question that the U. S. court now cited as an argument for the invalidity of the patent. “The structural limitations of claims are literally satisfied by billions of compounds,” it says in the verdict. Not all 2`-methyl-up components have a healing effect on hepatitis C. So something specific must be added to the 2`-methyl-up component to cure hepatitis.

For this reason, many details of the application of the procedure described in the patent were discussed and evaluated in court during the course of the proceedings. Idenix / Merck explained that there were no important components for the process, but had to be synthesized by them themselves. The court found that only a very small part of this justifies claims from the patent. But also the synthesis was evaluated more precisely. Idenix / Merck argued that the synthesis of the so-called 2`-methyl-up fluoro down is neither simple nor routine. The court took up the matter and said that this synthesis required extensive testing – which in turn had to be adequately demonstrated.

Ultimately, the decisive question is: Which of the compounds meeting the refined structural limitations also satisfy the structural limitations? This information is not given by the patent, therefore the claims are  invalid for the lack of enablement, according to the judgement of the U. S. District Court of Delaware.

Background of the disput Gilead versus Merck 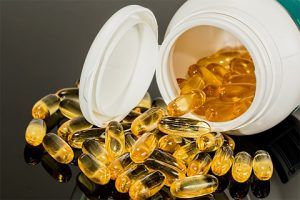 Merck pursued its own patent dispute with Gilead anyway. In December 2013, Gilead received approval from the Food and Drug Administration to market and sell Sovaldi®, a prescription and high-priced drug with the active ingredient Sofosbuvir, for the treatment of chronic hepatitis C (HCV) infection in patients.

Merck claimed that its own patent covers Sofosbuvir and that the sales of Sovaldi® and Harvoni® containing the active ingredient Sofosbuvir induce and contribute to the infringement of these patents.

Merck initially received legal advice in the case of Gilead Sciences Inc. v. Merck & Co. (13-cv-04057, N. D. Cal.) and Gilead was sentenced to pay 200 million dollars for patent infringement. But as early as 2016, however, this ruling was overturned: a U.S. District Court in California overturned the judgement and held that Merck’s patent claim was unenforceable because Merck had acted unlawfully. And this is why this happened: Pharmasset and Merck had concluded a non-disclosure agreement (NDA) in order to explore possibilities for drug development in the field of hepatitis C. But a Merck patent attorney misrepresented himself as an employee of Pharmasset’s firewall, and got to know the identity of Pharmasset’s lead compound. This led to the court’s ruling that Merck had acted wrong.

The judgement is a new peak, but not a final point

Hepatitis C is a virus that attacks the liver and can lead to cirrhosis or liver cancer. Approximately 150 million people worldwide are affected by the disease, according to the World Health Organization, including about 4 million Americans with chronic hepatitis C infections.

A complete treatment with Sovaldi costs about $84,000 and has a very good effect, but is discussed because of the high costs. It is therefore not surprising that Merck has already announced an appeal against the current ruling of the U. S. District Court of Delaware. This judgement is a new peak, but not a final point in this battle.