In Europe, approval of the new promising cancer therapy CAR-T is expected. The possibilities are enormous, but so are the costs. In America, manufacturers have therefore offered pay for performance – but in Germany the mixed prices for medicines have just been confirmed in a much-noticed ruling by the highest social court.

This is because pharmaceutical pricing in Germany has so far been based on so-called mixed prices: a uniform price has been set for a new drug, of which only some patients have a higher benefit, while others have a lower or no additional benefit. This practice means that innovative drugs are also developed if they only have an effect on rarer diseases or particularly severe forms of disease.

Since 2011, the reimbursement of costs for pharmaceutical manufacturers has been dependent on the assessment of additional benefits. The medical benefit of the new drug compared to the predominant therapy is evaluated. This additional benefit is classified into six classes – and on the basis of the classification these mixed prices are negotiated between drug manufacturers and the German health insurance companies. 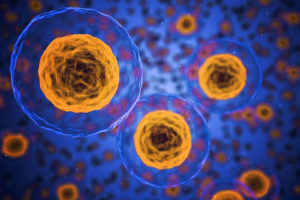 This led to legal proceedings. In June 2017, the Berlin-Brandenburg Regional Social Court ruled on two actions brought by the central association of statutory health insurance funds (Spitzenverband Bund der Krankenkassen, (GKV)) for the determination of the reimbursement amount for two drugs (Eperzan® and Zydelig®). The GKV central association considered the mixed price formed by the arbitration board according to § 130b Social Security Code (Sozialgesetzbuch (SGB)) to be illegal and so the Berlin-Brandenburg Regional Social Court also ruled. In principle, the Regional Court argued with a justification obligation for the mixed price calculation, which in the opinion of the Regional Court was not sufficiently fulfilled.

Furthermore, the Regional Court expressed considerable legal objections against the calculation of a mixed price. A mixed price would lead to price distortions, since uneconomical drug prices would have to be reimbursed by the GKV for the treatment of patients without additional benefit. For the treatment of patients with additional benefits, on the other hand, the reimbursement of medicines at low prices would consistently violate the rights of pharmaceutical companies.

This was contradicted by the Federal Social Court. The ruling of the Federal Social Court and also the ruling from the pending appeal of July 4, 2018 calmed the German uproar over the pricing of new drugs. The reimbursement amount specifically determined by the complained of arbitration board is not objectionable under audit law. A reimbursement amount is to be fixed appropriate to the benefit, without the law containing in all details specifications on the criteria according to which the additional benefit determined by the Joint Federal Committee (Gemeinsamer Bundesausschuss (GBA)) is to be assessed in monetary terms.

Pay for performance (P4P) is a strategic form of remuneration that is based on success. In P4P programs in healthcare, the reimbursement of medical services is linked to the success of treatment and the level of service represented by key figures. The aim is to use differentiated financial incentives to motivate doctors and health care providers to improve the quality and efficiency of the health system, clinical quality, access to existing therapies and thus patient satisfaction.

What does this mean for the new cancer therapy CAR-T in Germany?

For the time being, therefore, pricing in Germany will remain a mixed price; a “pay for performance” option would contradict this. However, CAR-T cancer therapy offers an extraordinary hope for a cure within a short treatment period, although with sometimes severe side effects in the therapy. The European Medicines Agency recommended the approval of CAR-T therapy in June due to the exceptional chances of recovery.

Hopes for a cure are enormous, but the costs are also high

However, the prices called for this therapy in the USA by the manufacturers Gilead and Novartis are well-known and exorbitant. Gilead charges $373,000 for “Yescarta” (a therapy for B-cell lymphomas) and Novartis $474,000 for “Kymriah” (a therapy for leukemia), the Frankfurter Allgemeine Zeitung reported on August 25 (Andreas Mihm: “Hope for cancer cure for 400,000 euros”). Birgit Fischer, Managing Director of the German Association of Research-based Pharmaceutical Companies, was also quoted in this article by the FAZ. Individualised reimbursement is not a universal system alternative, but could be an interesting supplement to the current price system of mixed prices, according to Ms Fischer.

However, it is unclear how such a model Pay for performance could be structured in the statutory health insurance system.

For the time being, the new CART-T therapy will be available according to a proven procedure, and this means strictly regulated: the therapy should be reserved for patients for whom other treatment attempts are unsuccessful. The therapy should also only be carried out in specialised centres in order to ensure that it is used according to the indication. Good documentation in patient registers should also enable monitoring of therapy success and also make the risk profile clearer.

Do you also need support in protecting your patents or in healthcare and pharmaceutical law?