The trademark protection for the Union word mark ViruProtect was rejected before the European Court. Like the EUIPO, the court regarded the word creation ViruProtect as descriptive. The focus was on the question whether consumers would equate Viru with virus – and to what extent a new word creation is descriptive. 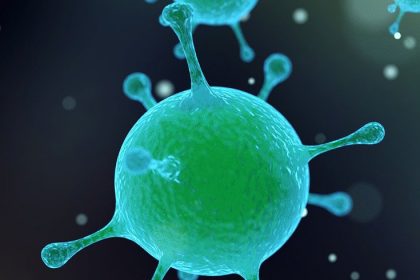 The applicant for the Union word mark ViruProtect and applicant for the trademark was the pharmaceutical manufacturer Stada Arzneimittel AG (Germany). Stada had appealed against the decision of the Board of Appeal. The Board of Appeal had considered the mark in dispute to be descriptive, since the mark ViruProtect was descriptive of the protective function against viruses against the goods covered by the mark in Nice Class 5.
Stada argued that the contested decision did not indicate why ‘Viru’ in combination with ‘Protect’ should not be monopolised on the basis of considerations of the public interest.

However, the European Court (Court of Justice of the European Union (CJEU)) made it clear in its yesterday’s judgement that that objection was irrelevant. Since the Board of Appeal had found that the mark applied for was descriptive, there was an immediate public interest in not registering the sign as a trade mark, the CJEU held.

Signs or indications which may serve to designate characteristics of the goods or services applied for should be freely available to all (Article 7(1)(c) of Regulation No 207/2009). This applies to indications of the kind, quality, quantity, intended purpose, value, geographical origin or the time of production of the goods or services claimed. In particular, so-called generic terms, which stand for a variety of more specific term contents and meanings, should be kept free.

The focus before the CJEU was therefore also on the question of whether consumers would equate viru with virus. The Board of Appeal had stated in the grounds of its decision that consumers would immediately and without further thought equate the element “viru” of the disputed mark with “virus”.

The Court now confirmed that assessment. The Board of Appeal correctly added that the difference between the term ‘VirusProtect’ and the sign ViruProtect was not significant either visually or phonetically and that the different spelling of the word ‘virus’ had no influence on the possible conceptual content. The CJEU agreed with this and added that divergent spellings do not remove a ground for refusal under Article 7(1)(b). c of Regulation 207/2009.

Consumers break down neologism into its constituent parts

Although consumers regularly perceive a mark as a whole, they will nevertheless break a word sign down into those word elements which give it a concrete meaning, the CJEU explained. Therefore, in the context of the goods covered by the mark applied for, consumers would tend to read the word ‘virus’ instead of ‘viru’. Consumers interpret a word sign by reference to the definitions of the words of which it is composed, which necessarily implies elements other than the word or words in question. Moreover, as regards phonetic perception, any phonetic difference resulting from the omission of the letter ‘s’ would be marginal, so that the consumer would not perceive the term ‘viru’ as a term separate from ‘virus’, but at most as a variant thereof. All the more so since virus is a generic term, as the Court made clear.

Neologism may also be descriptive

Only if there is a perceptible difference between the neologism and the sum of its parts is there no descriptive character, the CJEU added. However, this requires that, because of the unusual nature of the combination in relation to the goods or services, the neologism must create an impression which is sufficiently far removed from that produced by the mere combination of meanings lent by the elements of which it is composed. The Court stated that the analysis of the relevant lexical and grammatical rules was also important in that regard.

However, this is not the case for the mark in dispute. In its decision, the Board of Appeal correctly stated that the combination of the word elements was not unusual and that it followed the grammar rules of the English language, the CJEU stated. Despite the different spelling due to the absence of the letter ‘s’ at the end of the word ‘virus’, consumers would immediately grasp its meaning.

In the light of the foregoing, the Board of Appeal was entitled to consider that the relevant public would attribute the meaning ‘virus’ to the mark applied for, the European Court upheld the contested decision and dismissed Stada’s action. The neologism ViruProtect is descriptive of the goods claimed.

Do you also wish to protect your trademark or brand?