A new turn shows up in the sensational patent agreement between pharmaceutical manufacturer Allergan and the Indian Mohawk tribe, which wants to protect the Allergan patents with its tribal immunity. PTAB now rejected the claim to protection on the basis of the immunity of the Indian tribe. 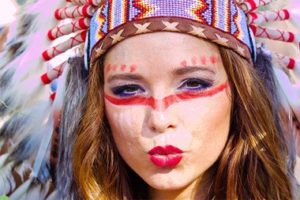 The Patent Trial and Appeal Board (PTAB) of the United States Patent and Trademark Office (USPTO) had to re-examine the patent agreement between Allergan and the Mohawk tribe at the end of February. The Irish pharmaceutical company Allergan sold the patents for the drug Restasis to the St. Regis Mohawk tribe in New York State in 2017 to prevent the patents from being invalidated. The tribe in turn leased the patents back to Allergan exclusively and against expensive payment – we reported.

In an Interpartes Review (IPR) procedure between the generics manufacturer Mylan Pharmaceuticals and Allergan, Inc. for several patents on the ophthalmic drug Restasis, PTAB now rejected the asserted immunity claim. The PTAB was essentially based on three arguments:

An inter partes review (IPR) is a procedure for challenging the validity of a US patent before the United States Patent and Trademark Office. (translated from: Wikipedia). The IPR process was introduced seven years ago to reduce the burden of patent litigation in federal courts, but critics, including pharmaceutical companies, say it is being exploited by so-called patent roles and hedge funds.
The procedure is carried out by the Patent Trial and Appeal Board (PTAB) to examine the patentability of one or more claims in a patent only for a reason that could be filed under Sections 102 or 103 and only on the basis of the state of the art, consisting of patents or printed publications.
(translated from: USPTO)

Allergan filed an appeal against PTAB’s decision and applied for a stay of intellectual property rights for the disputed patents. The Federal Circuit agreed to this. However, there is now a fixed timetable: The briefing for the appointment is expected to be completed by mid-May 2018. PTAB, in turn, has announced that a final written decision on the patentability of the contested patents will be taken by mid-June 2018. It seems that the loophole in patent law will be closed for the sovereign immunity of an Indian tribe.

Do you want to secure your patent rights or patent licenses?

Our patent attorneys are experienced in trademark and patent law, national and international law. Take your chance and agree on a non-binding telephone call.