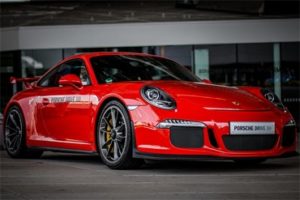 This means that the deletion of design protection for the most important Porsche model, which was hardly noticed at first, will become an important legal case for the entire national and international car industry. After Porsche’s opposition to the cancellation before the Board of Appeal of the Office of the European Union for Intellectual Property (EUIPO) was rejected, Porsche filed an application to initiate proceedings before the European Court of Justice (Case T-210/18) on 22 March 2018. The opposing party is a German toy manufacturer from Nuremberg, Autec AG with its chief Kurt Hesse. The German toy manufacturer had applied for the design protection of the Porsche 911 to be deleted and was granted rights before the EUIPO.

The motivation of the Nuremberg-based company is clear: as long as the design protection exists, the toy manufacturer has to pay high license fees to the famous car manufacturer if the popular models are copied as toy cars. Hesse was already successful last year in a similar procedure in the “Testarossa” brand of Ferrari.

In the case concerning Ferrari’s Testarossa mark, the German District Court Düsseldorf ruled. Court’s decisive argument was that Ferrari had not used the mark sufficiently in the last five years. According to European and German trademark law, a trademark owner must use his trademark(s) seriously and, above all, in a trademark-like manner. A trade mark must therefore actually be used to identify and distinguish from the goods and services which were indicated when the application was filed.

In the present case EUIPO and Autec AG against the Porsche 911, the argument for cancellation is that the trademark characteristics of the 911 have always remained true to themselves. The EUIPO Board of Appeal found that the models examined were identical in shape and lines and that the disputed registered design of the newer Porsche 911 was therefore not unique enough to justify design protection for the newer model of the 911.

In fact, the following applies to design and brand protection: design protection for a registered design is valid for a maximum period of 25 years. A condition for this is the payment of a maintenance fee for the 6th-10th, 11th-15th, 16th-20th and 21st-25th year of protection. Over such a period, a brand is often further developed with the essential characteristics that characterise the brand. Through new elements in the design, however, newer variants of the trademark can then also be placed under new registered design protection – if this new peculiarity also lasts in court.

This question will now have to be clarified by the European Court of Justice (ECJ). The verdict and the reasons for the verdict should be read with much attention, it will be an important argumentation for the entire car industrie. Only a few days ago, in another case, the ECJ ruled on the question of whether a product design can be protected as a Community design if its technical functionality is the determining factor for product design. We reported about it. In that case, the European Court of Justice made it clear that, in recent times, only features which improve the visual appearance of the product in any way had been considered eligible for protection. It will be interesting to see how the ECJ will decide in the case Porsche versus Autec. A verdict is to be expected after several months.