An important judgement for the fashion world was pronounced: Chanel SAS was found right in the trademark dispute over the distinctive Chanel monogram, the famous double-C. The EUIPO must annul the registered design for a similar ornament of Li Jing Zhou and Golden Rose 999 Srl, the French ARRÊT DU TRIBUNAL (quatrième chambre) judged.

The litigation for many years focused on the protected Chanel monogram and a similar ornament, to which Li Jing Zhou and Golden Rose 999 Srl had a registered design. The European Union Intellectual Property Office (EUIPO) was claimed of an application for invalidity of the contested design. In 2015, the EUIPO’s Third Board of Appeal initially rejected Chanel’s action because it considered the contested design of Li Jing Zhou and Golden Rose 999 Srl to be substantially different from the Chanel monogram.

The centre of attention in the trademark dispute over the distinctive Chanel double-C.

Monogramm of Chanel on the left, the ornament of Li Jing Zhou and Golden Rose 999 Srl on the right

So when is an ornament new and individual in comparison to Chanel’s double-C? 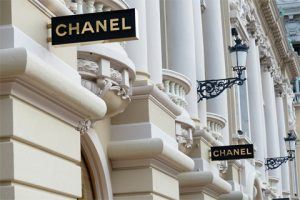 In the present case, the products sector could not be identified either for the plaintiff or for the defendants. The contested design is a Class 32 ornament and can therefore be applied to a wide range of products, making it virtually impossible to determine in advance the use of the design. The Chanel monogram is also registered for a very large number of products.

Chanel argued to the EUIPO:

The last point in particular was essential for the assessment of the diversity of the ornaments. Technically speaking, it can be argued that the contested design is clearly different: in the design, it is inverted once from two” 3 “, while the Chanel monogram is inverted from” two “C”. It can also be said that the controversial pattern represents a horizontal loop with pointed ends and a somewhat thicker line, while the Chanel monogram represents a vertical oval, central vacuum with pointed ends. The analogies also differ: the infinity symbol in the contested design and an ellipse for the Chanel monogram. 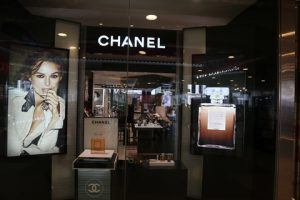 Nevertheless, the court decided that the overall impression does not differ, since the outer parts that determine the contour and the overall impression of the opposing designs are very similar and almost identical. The central parts, even if they differ in some aspects, consist of similar oval shapes that dissolve into the overall appearance of the drawings. And even the informed user can only recognize differences in direct comparison, which is not always immediately possible. The court pointed out the importance of the overall impression, precisely because the ornaments in question are registered in Class 32, which makes it virtually impossible to determine in advance the use of the design.

The steps of the logo dispute:

March 2010: Mr. Li Jing Zhou filed an application for registration of a Community design with the EUIPO

Dezember 2013: Chanel SAS filed an application for invalidity of the contested design with the Cancellation Division of EUIPO. The design for one’s own monogram has been registered in France since 1989.

January 2014: EUIPO was informed that Golden Rose 999 Srl had become co-owner of the contested design of Mr. Zhou

This judgement follows a trend to protect brand designs. There have been some more remarkable judgements about copying of brand marks and protection of brand trademarks.

Maybe these articles are also interesting:

Are you suspected of having infringed trademark rights or is a competitor copying your brand?

Then please contact us. We will help you protect your Intellectual Property rights. Additionally, our lawyers are licensed to represent you at every German court!