A legal dispute over similar packaging from Ferrero SpA against BMB sp. z o. o. has been decided: Ferrero was again awarded the right and the application for nullity of the registered trade mark by BMB was granted on 3 October.

The point of lawsuit is two registered trade marks. Ferrero SpA invokes international registration No. 405 177 of a three-dimensional mark registered on 12 March 1974 with effect, in particular, in France. Registration is protected for goods of Class 30 of the Nice Classification.

Counterparty BMB sp. z o. o., is a Polish producer of sweets and holder of the contested design. It relates to cartons and containers of class 09.03 of the Locarno Agreement, filed on 15 November 2007 and registered Community design registered with the European Union Intellectual Property Office (EUIPO) under number 826 680-0001 on the same day.

Three pleas in law have been heard:

The applicant submits that the Board of Appeal based its decision on an incorrect legal basis. In fact, the Board of Appeal had examined the facts in accordance with Article L713-3 of the French Intellectual Property Code. However, it did not justify its decision on the basis of the French Code, but under Article 8.1b of Regulation (EC) No 207/2009 of the Council Regulation (EU) No 2017/1001 of 2009.
However, Article L713-3 of the French Intellectual Property Act transposes the provisions of the approximation of the laws of the Member States relating to trade marks (First Council Directive 89/104/EEC of 1988, OJ 1989 L 40, p. 1).
It is therefore sufficient to interpret the likelihood of confusion in accordance with the case-law of the Court of Justice of the European Union. The first plea was therefore dismissed.

Alleging that the Board of Appeal had made a mistake in finding the likelihood of confusion.

The applicant submits that the Board of Appeal did not take into account evidence which it should have taken into account when deciding on the appeal, which led it to make errors in its assessment of the likelihood of confusion.

Complaints 2 and 3 were considered to be coherent and assessed. In short, it was all about the well-known question when it comes to brand names: how similar are the registered designs and trade marks of the competitors.

Likelihood of confusion of the relevant public 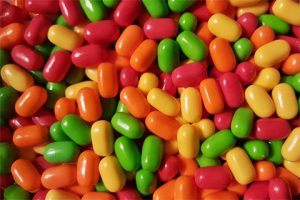 There is a likelihood of confusion if the public believes that the goods or services in question come from the same undertaking. This has to be assessed globally, the opinion of the relevant public is decisive here. It is taken into account that the average consumer only rarely has a chance to compare the different brands directly with each other. As in previous judgments, the pictorial, phonetic and conceptual aspects are relevant to the likelihood of confusion. These were discussed in detail and unambiguously. Since there were no word components in the international registration, however, a phonetic comparison of the signs was not possible. A conceptual comparison was also not possible, since the entries in question are without any conceptual meaning.

Many Similarities in design and visual effect

However, visual similarities occur even more. The Court held that it is a standard container and therefore has a weak distinctiveness. In addition, the attention of the relevant public is rather low in view of the fact that the goods in question are confectionery: this implies a low price and frequent purchases of such confectionery. Only distinctive elements would have distinctive character.
As such distinctive elements, BMB cited: the label, the MIK MAKI logo and the very clear curvature of the edges of its container.

BMB also complained that the trade mark was presented filled with sweets, but not included in the visual comparison of registrations. The court was accused of inconsistency in this matter. However, the BMB trade mark is registered only for the can or container of these confectionery products. In view of the elements which dominate the overall impression of the discussed trade mark, confectionery is not a specific element of that registration and therefore cannot be taken into account, argued the court.

You are facing Product- or Brand Piracy?

Let us help you with that. Product- and Brand Piracy can seriously damage your business! Let’s talk business today and request a call-back from us without any obligations.