The Swabian whisky Glen Buchenbach may no longer – at least for the time being – be called so. Yesterday, the German Regional Court ruled in the dispute about the name Glen and the geographical name Scotch, which had already been heard before the European Court of Justice. 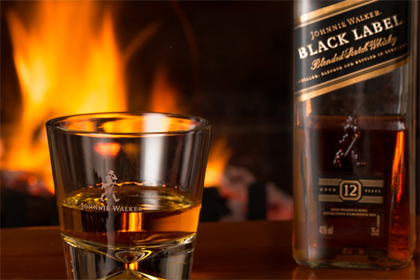 The Scottish Whisky Association (TSWA) had sued Glen Whisky Scotch against the German Swabian whisky producer Michael Klotz, who produces and sells a whisky called “Glen Buchenbach“. The applicant in the main proceedings argued that the use of the term “Glen” infringes the registered geographical indication “Scotch Whisky” ( we reported: Geographical word mark: Swabian Glen Whisky- is anyone thinking of Scotland?). This area of law is regulated by a separate EU regulation, Regulation (EC) No. 110/2008.

Is the name Glen justified in the Swabian Buchenbachtal?

The German whisky producer had argued that it was clearly indicating in the name of the whisky that it was a German whisky, namely a Swabian whisky. For example, the label of the disputed whisky contains the following information: Waldhornbrennerei, Glen Buchenbach, Swabian Single Malt Whisky.

The applicant TSWA, on the other hand, took the view that the name ‘Glen’ evoked in consumers an association with Scotland and Scottish whisky, notwithstanding the other indications added concerning the German origin of the product.

The case was heard even before the European Court of Justice (ECJ), which ruled by judgment of 7 June 2018 (C 44/17) that “indirect commercial use” of a registered geographical indication exists only if the contested ingredient is used in a form identical to, or phonetically and/or visually similar to, that indication.

It is therefore not sufficient, the ECJ held, that any association with the registered geographical indication or the associated geographical area may arouse consumer interest. Moreover, the proximity of the designation to the indication in terms of content must also be taken into account.

However, an “allusion” within the meaning of the EU Directive may exist even if the true origin of the product is indicated (judgment of 21 January 2016, Viiniverla, C-75/15, EU:C:2016:35), the ECJ ruled. It is therefore decisive and was to be examined by the Landgericht Hamburg whether average consumers immediately think of “Scotch Whisky” when they hear the term “Glen”.

The Regional Court in Hamburg (Landgericht Hamburg) made its decision yesterday. A Swabian whisky must not have the word “Glen” in its name, the LG Hamburg ruled. With the name component “Glen” the particularly protected geographical indication Scotch is impaired.

The EU spirit regulation not only protects the direct use of the geographical indication of origin, but also adjacent misleading designations. The LG Hamburg found that the additional information on the German origin of the whisky on the labels was not sufficient. Most whiskies in Germany have a Scottish origin, as the name suggests. Also the label may play no role with the question about the misleading, since the protection of the European Union regulation is to be otherwise too simply levered out, judged also the EuGH. And misleading designations are to be based on the individual word, not on the overall impression of the product, the LG Hamburg clarified.

The whisky Glen Buchenbach, distilled near Stuttgart in Swabia, may no longer – at least for the time being – be called so. The German Whisky manufacturer Michael Klotz can appeal against the judgement of the LG Hamburg, for this decision is one month long time.