In an action for a likelihood of confusion, special attention is paid to whether a well-known mark can be associated with the new mark. Even with a long brand name, of which only a part is registered as a new trademark? The applicant for the word mark DUNGEONS lost such a case. 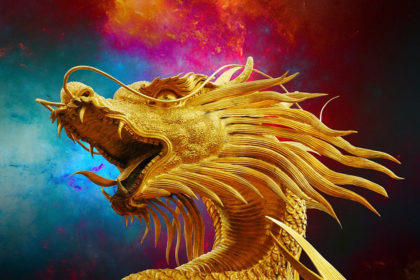 In an action for a likelihood of confusion, special attention is paid to whether a well-known trademark can be associated with the new trademark. Please also read in this context our article No risk of confusion: POST, INFOPOST and ePOST versus InPost.

But what is it like in a long well-known brand name, of which only a part is registered as a new trademark? The applicant for the word mark DUNGEONS, plaintiff Kalypso Media Group GmbH (Germany), lost such a case before the European Court (Court of Justice of the European Union, CJEU) against the earlier Union word mark DUNGEONS & DRAGONS. Whether the mark DUNGEONS & DRAGONS may even be somewhat descriptive of the goods and services claimed was not relevant for the case. An earlier mark already has a minimal internal distinctiveness because it was registered, explained the CJEU.

Wizards of the Coast LLC (USA) had filed a notice of opposition against the trade mark application Kalypso Media Group and claimed that there was a likelihood of confusion between the marks (pursuant to Article 8(1)(b) of EU Regulation 2017/1001). Wizards of the Coast relied on its own earlier well-known mark DUNGEONS & DRAGONS. The Opposition Division and also the subsequently appealed Board of Appeal of the EUIPO confirmed the opposition. Kalypso Media Group GmbH brought an action against that decision before the CJEU.

Many topics “Dungeons” and “Dragons” on the games market

The applicant claimed that, given the different lengths of the two marks DUNGEONS and DUNGEONS & DRAGONS, there was only ‘some similarity’ between them. In addition, the applicant argued that the themes ‘dungeons’ and ‘dragons’ were very popular on the games market and that there were many games referring to those themes in its name. This shows, the Kalypso Media Group argued, that DUNGEONS & DRAGONS is only one of many similar names and thus has a weakened, below-average distinctive character. The Board of Appeal, in turn, found that the degree of visual and phonetic similarity between the two marks was ‘above average’.

The CJEU confirmed the decision of the Board of Appeal and rejected the applicant’s objections. The first word element in a word mark consisting of several words is the first word as the most important, the Court explained. The technical comparison of the number of words, elements and syllables of the marks concerned cannot change the fact that the mark applied for fully reproduces the first word of the earlier mark DUNGEONS & DRAGONS. However, more similarity than in identical representation is practically impossible.

Even if the distinctive character of the earlier mark had to be taken into account when assessing the likelihood of confusion, this was no more than one element among others to be taken into account in that assessment, the CJEU clarified. The finding that the earlier mark has little distinctive character in itself does not preclude the finding that there is a likelihood of confusion, which has been repeatedly held both by the European Courts ECJ and CJEU.

Weak distinctive character of the earlier mark not relevant

The applicant took the view that the Board of Appeal should have found that there was no likelihood of confusion, taking into account the weak distinctive character of the mark and the high level of attention of the relevant public. The CJEU rejected that finding. The existence of a likelihood of confusion on the part of the public must be assessed globally, taking into account all factors relevant to the circumstances of the case, the Court held. For a Union word mark, the relevant public is the average consumer in the European Union.

There is a likelihood of confusion, at least with regard to the English-speaking part of the relevant public, which perceives the similarity of the marks not only visually and phonetically but also conceptually. Dungeon’ is the concept of a ‘dark underground prison in a castle’ according to the Collins Dictionary.

The action brought by the Kalypso Media Group was therefore dismissed by the CJEU and the refusal to register the word mark DUNGEONS was confirmed.

Do you need assistance in trademark litigation? Or is your trademark contested?