A ruling from the Norwegian Supreme Court fits the general debate about sustainability. Apple won against a small Norwegian workshop in a case about smartphone screens, hidden trademarks, importation and de-branding instead of destruction- repairing for sustainability. 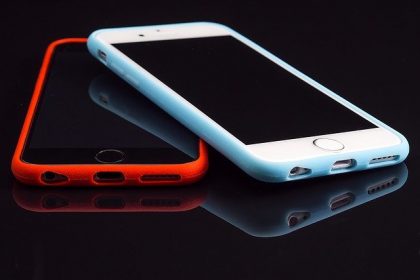 Not only in Germany does the issue of sustainability dominate many debates, from politics to economics to “green finance”. With an interesting ruling from the Norwegian Supreme Court this week, the topic of sustainability has now also reached trademark law.

At the centre is a trademark dispute between Apple and a small Norwegian mobile phone repair shop. In this workshop, mobile phones are “overhauled”, defective batteries or screens are replaced and the repaired used mobile phones are resold, all in the spirit of sustainability.

Import of iPhone screens from China to Norway

Apple saw this as a trademark infringement and sued the small mobile phone repair shop in Norway – through all instances in Norway, so that now the Norwegian Supreme Court decided.

The decisive question was whether there was a trademark-like use or a threat to the trademark function (namely the guarantee of origin and quality). This was not easy to answer, as the Apple logo had been covered with a marker and the logo was no longer visible to the consumer anyway, as soon as the screen had been installed in the “refurbished” iPhone as part of the repair.

Supreme Court of Norway: Mitsubishi decision of the ECJ

For its decision, the Norwegian Supreme Court also referred to the Mitsubishi decision of the European Court of Justice (ECJ, C-129/17), in which the ECJ had ruled in 2018, much noted, that the trademark owner can oppose rebranding – in the Mitsubishi case also in the case that the original trademark had been permanently removed.

This is interesting in that Norway is not a member of the EU, but an infringement under § 4 of the Norwegian Trademark Act was compared with Article 5 of the EU Trademark Directive (89/104/EC). Basically, this ruling confirmed that “use” of a trade mark in Norwegian law is the same as the corresponding requirement in EU trade mark law.

Workshops are decisive, not the consumers

In addition, although the covered Apple logo is not visible to consumers after installation, it is visible to the workshop carrying out the installation. Therefore, the assessment had to be made in relation to the mobile phone repair shops and not in relation to the consumers, the Norwegian Supreme Court ruled. And under this reference, the screens are to be seen as infringing Apple’s trademark, the Norwegian Supreme Court ruled (decision of 2 June 2021, HR-2020-1142-A). The offending imported iPhone screens are destroyed.

The Norwegian Court itself took up the claim of sustainability in its judgement. But the need to create a market for repairs and spare parts from the point of view of sustainability was irrelevant in relation to the trade mark infringement at hand, the Court ruled. Furthermore, the Court added that the Trademark Act does not prevent the import of non-original spare parts compatible with iPhones – as long as these parts do not use Apple’s trademarks.

However, a classic de-branding – instead of an otherwise required destruction – will rather no longer be possible in Norway after this ruling.

Our lawyers have many years of expertise in trademark law as well as in the entire field of intellectual property and are entitled to represent you before any court – in Germany and internationally.
Please feel free to contact us if you are interested.