Adidas loses in dispute for 3-stripe brand against H&M

New setback for adidas and its famous 3-Stripes brand. The German sports manufacturer lost the trademark dispute about the 3-Stripes brand against H&M at the Hague Court of Appeal in the netherlands. 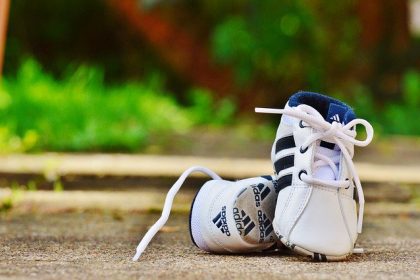 This case began in the last century, since 1997 adidas and H&M have been engaged in a trademark dispute over the use of a two-stripe pattern by H&M, which in adidas’ view violates the adidas 3-stripe brand. In detail, the dispute concerned H&M’s fitness clothing from the “Work Out” series.

Among other things, this case was even heard before the ECJ in 2008 (ruling of 10 April 2008, EU: C: 2008: 217). The ECJ had already pointed out at that time that, according to general case-law, a likelihood of confusion exists in particular where the public might believe that the goods or services in question come from the same undertaking or from economically-linked undertakings.

For a long time, the case was linked to parallel proceedings in the Netherlands between Adidas and Marca Mode, C&A Netherlands and Vendex KBB, who had also launched sportswear with a two-piece brand each. Adidas entered into a settlement with these parties after the Supreme Court appealed to the Arnhem-Leeuwarden Court.

Recent judgements in the adidas vs. H&M case

In recent times, the judgments have been varied. In November 2017, the District Court of The Hague (Netherlands) granted adidia’s trademark infringement claim. Following H&M’s appeal, however, the Hague Court of Appeal overturned the decision and referred to differences in the use of stripes by the two parties. Thereafter, adidas initially attempted to prohibit H&M from using two contrasting, parallel, vertical stripes, but changed this into more precise claims. Adidas demanded that H&M be prohibited from using parallel stripes of equal width.

The current ruling of the Hague Court of Appeal (Holland) relates to this adidas claim. Market research was conducted to determine whether consumers confused the H&M striped look with 2 stripes with adidas and its brand. However, this was not the case.

Already last year adidas suffered a defeat in the defence of its famous 3-Stripes brand. The European Court  rejected the inverse colour representation of the mark as proof of use of the mark and thus also denied distinctiveness through use.