A subscriber of an Internet connection could not previously be accused of copyright infringement for file sharing as soon as other family members had access to the connection, due to German case law. The ruling of the European Court of Justice changes this practice.

On 18 October 2018, the decision of the European Court of Justice (ECJ) in a preliminary ruling procedure pursuant to Art. 267 TFEU, which the German Munich Regional Court had referred to it, was eagerly awaited: 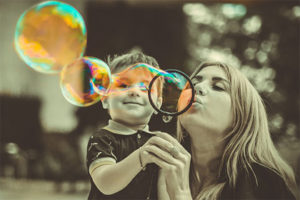 The Cologne-based publishing group Bastei Lübbe is the owner of copyrights and related rights as a producer of audio carriers to the audio book version of a book. On 8 May 2010, the defendant, a private owner of an Internet connection, was offered the audio book in question as a download by users of an Internet exchange service “peer-to-peer”. After an unsuccessful warning, the publisher sued the subscriber before the Munich Local Court for injunctive relief and damages pursuant to § 97 German Copyright Law (germ: Urhebergesetz). The defendant claimed that not only he but also his parents living in the same house had had access to his Internet connection. Since it had therefore not been possible to clarify perfectly from whom the audio book had been downloaded, the court dismissed the complaint. The plaintiff then appealed against the judgment.

The background for the referral to the European Court of Justice for a preliminary ruling was ultimately the question of whether the plaintiff must succeed in proving that only the subscriber owner could have committed the copyright infringement. According to the previous case-law of the German Federal Court of Justice, the copyright holder was able to evade liability by virtue of the fact that other persons also had access to the Internet connection. As long as he could prove this, in the case of family members for the protection of family life in accordance with Article 7 of the Charter of Fundamental Rights of the European Union and Article 6 of the Basic Law he did not even have to provide more precise information on the time and type of use of the Internet connection.

Since the relevant provisions in German copyright law derive from European directives (Directive 2001/29 and Directive 2004/48), the Regional Court therefore felt compelled to have the matter clarified by the European Court of Justice.

The European Court of Justice decided that, on the basis of the two Directives and their recitals, the previous handling of German courts did not stand up to a legal examination: According to the interpretation of the European Court of Justice, the question to be answered is how the European fundamental rights to an effective remedy as well as intellectual property on the one hand and the fundamental right to respect for private and family life on the other hand can be reconciled.

This protection of private and family life cannot, in any event, go so far as to prevent the court dealing with the matter and thus also the holder of the copyrights themselves from demanding the necessary evidence in order to identify the perpetrator who actually committed the copyright infringement. The fundamental rights of the plaintiff were thereby impaired in a qualified manner; the national regulation therefore did not satisfy an appropriate balance of the said fundamental rights, according to the ECJ.

With this decision, the European Court of Justice continues its policy of granting holders of exclusive rights such as trademarks or copyrights comprehensive opportunities to prove an alleged infringement in court. Already in July 2015, it was ruled in the Coty Germany v. Stadtsparkasse Magdeburg case that even a national legal provision which allows a banking institution to refuse unlimited and unconditional information about the name and address of the account holder on the grounds of banking secrecy would be unconstitutional. This, too, constituted a qualified impairment of the right to an effective remedy and of intellectual property rights.

In this respect, the current decision is not surprising. The evasive manoeuvre of a defendant on copyright infringement grounds to refer to any other family members who could have downloaded the infringing content in the same way via the Internet connection will thus no longer be successful in the future – at least without providing further information determined by suitable investigations as to when and how the Internet was used by this family member. However, it remains to be seen what the reaction will be at national level. Nevertheless, the Munich Regional Court will have to take the decision of the European Court of Justice into account in its ruling.

Do you need help concerning Copyright infringment or Product Piracy?

Then please do not hesitate to contact us. Our experts have solid knowledge about in infringement and enforcement of Intellectual Property.