Landmark decision on reasons for a preliminary injunction in Germany

Preliminary injunction in Germany because of the accusation of patent infringement can only be considered if the allegedly infringed patent has already been confirmed in the first instance as protectable and valid in its property right: a direction-changing decision of the OLG Munich on reasons for a preliminary injunction in Germany- to the disadvantage of the patent owner. 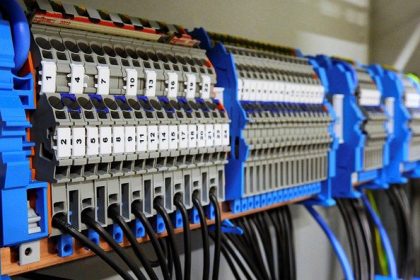 This is an important landmark decision by the Munich Higher Regional Court (OLG Munich), which changes its previous case law on the justification of an preliminary injunction.

A temporary injunction due to an alleged patent infringement can only be considered if the allegedly infringed patent has already survived first instance opposition or nullity proceedings and thus its protectability has been proven. For both the question of the patent infringement and the validity of the right of disposal must be clearly in favour of the applicant, the OLG Munich ruled in its important judgement “Leiterklemme”  on reasons for a preliminary injunction in Germany as a leading decision.

The applicant is the registered proprietor of European Patent EP 3159974 B1 “Electrical connection terminal”, in the present case the patent at issue “Leiterklemme”. The defendant sells connectors for the detachable connection of an electrical conductor to a printed circuit board in Germany. The applicant considered this to be an infringement of her injunction patent.

However, only 5 days after the grant of the patent in dispute, the plaintiff applied for injunctive relief and a preliminary injunction against the defendant for alleged patent infringement of her own patent of injunction.

Oral hearing on the issue of a temporary injunction

The OLG Munich first of all confirmed in its decision “Leiterklemme” that an application for a preliminary injunction based on a patent or utility model is usually to be heard orally. However, the respondent must be given sufficient opportunity to comment on the question of infringement and on the validity of the law, 10 days is too short for this, the OLG Munich ruled in its first guiding principle.

The appointment of a date for oral proceedings ten days after receipt of the application for a disposition, especially in the case of a “hot off the press” patent for a disposition, infringes the defendant’s right to be heard. However, the court added that this would not be sanctioned, since the respondent had had sufficient opportunity to deal with the question of infringement and the property right situation and to present her case until the hearing in the second instance. The violation of the defendant’s right to be heard at first instance was cured by the subsequent proceedings.

If the procedure at first instance does not meet the requirements for a legal hearing, and if the defendant has had sufficient opportunity to deal with the question of infringement and the property right situation and to present his case up to the hearing in the second instance, the Munich Higher Regional Court therefore decided on the second guiding principle.

Only for patent confirmed as legally valid in the first instance

The court expressly emphasized that the proceedings for interim relief and preliminary injunction under the ZPO are not designed to assess the protectability of a technical property right with sufficient certainty against the background of a complex state of the art using the means available to the infringement court in civil procedure law.

The OLG Munich has therefore ruled that a temporary injunction based on a patent or a utility model can only be issued if both the question of patent infringement and the validity of the right of disposal can be clearly affirmed in favour of the applicant. To put it briefly, this means that a decision confirming the protectability of the patent at issue in opposition/appeal proceedings before the European Patent Office (EPO) or the Federal Patent Court (BPatG) in nullity proceedings must already be available.

Without first instance decision: only in special circumstances

In a fourth guiding principle, the Court of First Instance stated that the issuing of a temporary injunction without a decision at first instance in the status quo proceedings could only be considered in special – and in this case not present – cases. The special circumstances are present:

The OLG Düsseldorf (Judgement of December 14, 2017 – 2 U 18/17) and OLG Karlsruhe (GRUR-RR 2015, 509) have already ruled in a similar manner, and the OLG Munich concurs with this case law. In addition, the Federal Court of Justice (BGH) has ruled in a widely noticed decision that a temporary suspension of enforcement can only be considered if an appeal appears promising. The OLG Munich explicitly abandons its previous case law on preliminary injunctions with its landmark decision “Leiterklemme”.

Ultimately, this shifts the case law to the disadvantage of the patentee who wants to put a stop to a patent infringement with a preliminary injunction. However, the alleged protectability of the patent of injunction often proved to be incorrect in retrospect, which then meant that a preliminary injunction was issued unjustifiably and wrongly – with considerable economic damage for the defendant. The new case law aims to do justice to this.

Do you need assistance in relation to a cease and desist order or an interim injunction?