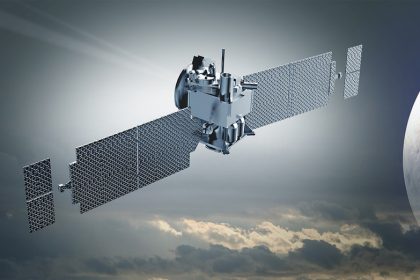 This patent patent 10 2011 106 591 was applied for by Airbus Defence and Space, entitled “Method and system for determining the position of a GNSS receiver installed in a motor vehicle”. Position data determined by a GNSS receiver are used, among other things, for toll collection in Europe.

In this context, the contested patent describes a method and system for determining the position of a GNSS (Global Navigation Satellite System) receiver installed in a motor vehicle, the function of which is deliberately affected by a source of interference in the vehicle.

After the patent grant was published in May 2015, opposition to the patent was filed in February 2016. The invention was not patentable because it was not disclosed in a manner sufficiently clear and complete for it to be carried out by a person skilled in the art ((§ 21(1)(2) PatG). In particular, the publication D 10 was cited as already known teaching in the patent application (= lack of inventive step (§ 4 German Patent Law)), the article “Navigation: As the uses of satellite-positioning technology continue to grow, what can be done to stop deliberate and dangerous – jamming of the signals?” by the Economist in 2010.

The German DPMA followed the arguments and revoked the Airbus patent in January 2017. The patent holder appealed against this decision before the Federal Patent Court (BPatG).

Position determination by sensor unit of the traffic route point

The patent holder Airbus argued that the patent-based method, in which the position of the motor vehicle is determined from the location of the traffic route point (feature 4.2), is less accurate than other positioning methods, but that the patent-based method enables positioning in the event of a GNSS signal disturbed by a source of interference in the motor vehicle and also has the advantage of low computing effort.

Airbus claimed in particular that the difference between the subject matter of claim 1 and the triangulation method according to the D10 essay was the recognition that only one (single) sensor unit at one (single) traffic route point was required to determine the position of the motor vehicle.

However, the BPatG contradicted this argumentation. The court held that the patent in dispute did not preclude triangulation of the source of interference using several sensors, because the general instruction in feature 3 that the detected signals are processed also included processing using a triangulation method. And in the case of triangulation of a mobile source of interference by several probes – as described in D10 – the expert must of course also signal the time at which a signal loss is detected, the BPaG stated. Otherwise triangulation would not be possible.

In addition, it is obvious to an expert that a close proximity between receiver and transmitter is necessary for short-range radio waves. But this is exactly what a specialist would assume for the measuring probes and the jamming transmitter that can be removed from the D10 attachment, the BPatG determined.

Even the patent claim according to the auxiliary request of 2017 is not patentable, the BPatG added, which is opposed by D10 and the lack of inventive step according to §4 PatG. It was part of general technical knowledge that, since 2005, a distance-related toll for heavy goods vehicles has been levied in Germany by means of a satellite-based system. Therefore, a person skilled in the art was not only required to take a snapshot of the position of a motor vehicle subject to the toll (with or without a source of interference), but also to identify that motor vehicle and to determine the distance travelled on the toll roads, for example by determining a movement profile, the Court concluded.

The BPatG therefore dismissed Airbus’ appeal and upheld the decision of the German Patent and Trade Mark Office revoking the Airbus patent on positioning.

These proceedings shows once again how important it is to accurately formulate and review the patent claim. After all, it is often not the basic patentability that is in question but rather the examination of whether the invention differs sufficiently from previous knowledge of the technology. Nuances can make the difference.