Brexit negotiations before final: This afternoon Prime Minister Theresa May plans to inform Parliament in London about the state of play of the Brexit negotiations. And on Wednesday the decisive EU summit will take place for an opportunity to regulate the UK’s withdrawal from the international community in an orderly manner. The IP rights for unionmarks after the Brexit have also not been clarified, especially if it becomes a “no deal” withdrawal. 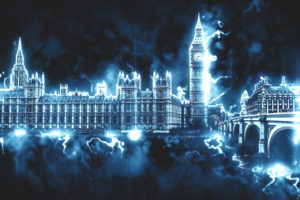 There are still many open questions about all IP rights in the UK after the Brexit – all the more so when a Brexit will actually take place without an agreement with the EU, so the hope for all European trademark owners is a UK letter of intent from July 2018.
The hope for all European Unionmark owners is therefore a UK letter of intent dated July 2018, according to which trademark owners will have the right to file a UK application within nine months of the end of a transitional period as an equivalent replacement for their existing European and UK registered unionmarks, with the same application- and priority dates as before.
In addition, both the UK and the EU are parties to the Madrid Protocol concerning the International Registration of Marks. Trademark registration via the Madrid system will therefore continue to be possible in the same way after Brexit, as with all other non-European members of the Madrid system.

Possible problems with trademarks after Brexit

Even if the ideal case occurs and an uncomplicated trademark exchange procedure is made possible, as announced by the UK, Brexit will still cause further problems for trademark protection. Unionmarks, which are currently only registered for the UK, would in any case also have to be registered for a European country. This is because non-use of a trademark in the EU can lead to declarations of invalidity of existing trademark rights.
In addition, the enforcement of trademark rights achieved before an EU court would not be valid in the UK. In the case of possible IP proceedings between the EU and the UK, a new contractual regulation would be necessary anyway. At present, it is still unclear whether the UK would apply exhaustion of rights only in the UK, in both the European Economic Area (EEA) and in the UK or internationally.
In the medium term, it remains to be seen to what extent possible EU trademark protection legislation will remain compatible with British jurisdiction. After the Brexit, the British courts are no longer obliged to interpret British trademark law on the basis of the current agreements in accordance with future rulings of the European Court of Justice.

In this context we advise the following articles: