KENZO victorious before the ECJ

Company names often contain the proper name of the founder. This makes the current ruling of the European Court of Justice all the more important for companies of all sizes. A first name can be used as a part of a company name – but what if the first name is also a registered famous trademark?

KENZO is an international luxury goods brand owned by parent company LVMH, that purchased the label in 1993.

The joint plaintiff with EUIPO is Mr Kenzo Tsujimoto of Osaka, Japan. Mr Tsujimoto had applied for the word mark KENZO ESTATE for goods of classes 33 (registration no. 953373) in 2008/2009. KENZO, however, has been a registered trademark since 2001. KENZO had filed an opposition against the trademark registration. The Board of Appeal of the EUIPO agreed to the opposition and found that the contested mark would unfairly exploit the earlier mark’s reputation.

Mr Tsujimoto’s subsequent application for annulment of the decisions of the EUIPO 2015 Board of Appeal was also dismissed before the Court of Justice of the European Union.

In focus: Relative grounds for refusal 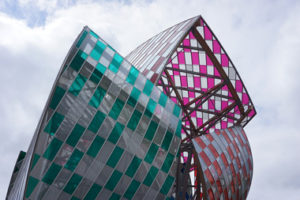 The final judgement on this case focused in particular on another of the initial points of appeal: relative grounds for refusal under Article 8(5) of Regulation (EC) No 207/2009.

The ECJ finally had to decide whether the use of a person’s first name constitutes a use with good reason.

Is the use of a person’s first name a use with a valid reason?

The ECJ ruled on this in its judgement:

The proprietor of an EU trade mark is not entitled to prohibit a third party from using his own name or address in commercial dealings, provided that he uses it in commercial or commercial matters. However, the Court also emphasised that Regulation No 207/2009 does not provide for an unconditional right to register a surname or first name as a Union trade mark.

Was Kenzo allowed to forbid Mr. Tsujimoto to use his own first name?

The famous brand name of KENZO was decisive in the consideration for the court. The Court ruled that’the use of the applicant’s first name, i.e. Kenzo, in the composition of the KENZO ESTATE trade mark was not sufficient to constitute a justifying reason for using that sign within the meaning of Article 8(5) of Regulation No 207/2009′. The fact that the term’kenzo’ in the mark KENZO ESTATE corresponds to the applicant’s first name is irrelevant to the question of a justifying reason because’the examination of the weighing of the interests concerned must not impair the primary function of the earlier mark to ensure the origin of the product’.

KENZO was therefore victorious before the ECJ. Mr Tsujimoto cannot have a trademark “KENZO ESTATE”, appeals have been dismissed and Kenzo Tsujimoto must also bear the costs of the proceedings.