Pharmaceutical and generic manufacturers are potential competitors – also in litigation

Generic manufacturers and the holders of a pharmaceutical patent are to be considered as potential competitors, even if a dispute settlement agreement has been reached in a litigation over the validity of the patent, today is ruled by ECJ. 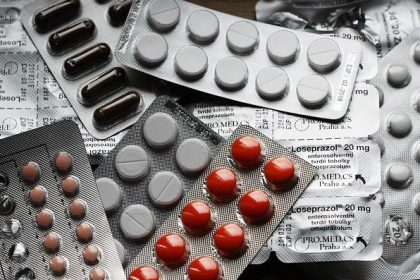 In today’s judgement, the ECJ confirmed existing competition despite litigation and corresponding uncertainty about the validity of the patent and a dispute settlement agreement between the parties. This was similarly decided last year by the European Court of First Instance on the cardiovascular drug perindopril (T-691/14). A new aspect in today’s case was the question of whether a generic drug manufacturer not yet represented on the market can be a competitor of an already well-known pharmaceutical company.

The plaintiffs in this dispute are Generics (UK) Ltd, GlaxoSmithKline plc (GSK), Xellia Pharmaceuticals ApS, Alpharma, LLC, formerly Zoetis Products LLC, Actavis UK Ltd and Merck KGaA, and the defendant is the Competition and Markets Authority (UK). In the present case, the patent on the active ingredient of a drug had expired and the original pharmaceutical manufacturer (GSK) only held process patents.

Only if a generic manufacturer – not yet active in the market – actually had concrete possibilities to enter the market, the latter could be seen as a potential competitor for the pharmaceutical manufacturer of the original product, the court explained. This also included clarifying whether the generic drug manufacturer was able to do this on its own or whether insurmountable barriers to market entry existed.

The court stressed that patents do not in themselves constitute insurmountable barriers to market entry, as they can be challenged.

A legal dispute, in particular a court case between the parties, is by no means an obstacle to the existence of any competition between them, but rather proof of the existence of a potential competitive relationship, the ECJ ruled, following the comments of the Advocate General, whose opinion has only been available for a few days.

Value transfers are also an indication of the competitive relationship: the greater the value transfer, the stronger the indication. A clause in an agreement providing that a patent is not challenged also restricts competition within the meaning of Article 101(1) of the Treaty, given its legal and economic context, the ECJ held.

The Court clarified that there can be no finding of a potential competitive relationship as a conclusion solely from the purely hypothetical possibility of market entry by the generic company or from the mere intention to do so. Conversely, the ECJ stated that it was not necessary to prove that the generic producer was actually entering the market in question.

Classification as a restriction of competition by object

The ECJ added that classification as a restriction of competition by object presupposes a finding that the contested agreements sufficiently affect competition. Risks to competition were deliberately replaced by practical cooperation between the parties. However, the Court found that the agreements did not always constitute a “restriction by object” within the meaning of Article 101(1) of the Treaty. The decisive factors here are the content of the agreements and the objectives they pursue, as well as the economic and legal environment.

With regard to the pharmaceuticals market, the ECJ held that agreements are likely to sufficiently restrict competition if the commercial interest of the parties to the agreement in avoiding competition based on merit is the main purpose of such agreements.

This is because, since the sales price of pharmaceuticals falls considerably after the market entry of generics, such an agreement would provide an incentive for the generics manufacturers to refrain from entering the market in question. The Court recalled that, in particular, the opening of a market for a medicinal product containing an active substance which has recently been made public also imposes on manufacturers of generic medicinal products the regulatory constraints which are characteristic of the pharmaceutical sector (for example, Article 6 of Directive 2001/83/EC and Regulation (EC) No 1394/2007). The pharmaceutical sector is also particularly sensitive to delays in the market entry of the generic version of an original product. This should be taken into account. The Court cited monopoly price and costs for consumers and also social security authorities.

However, the ECJ also emphasised intellectual property rights and in particular the patents of the manufacturers of original preparations which relate to one or more processes for the production of a public domain active substance. These rights enjoy a high level of protection in the internal market in accordance with Directive 2004/48/EC, the Court stated.

The ECJ referred the review of this to the national courts. These have to examine on a case-by-case basis whether the pro-competitive effects identified are sufficient to raise reasonable doubts as to whether the agreement in question sufficiently affects competition.

Classification as a restriction of competition by effect

In order to determine whether the agreements at issue are to be classified as restrictions of competition by effect, it is also necessary to examine how the market would probably have behaved in the absence of the agreements. The ECJ emphasized that it was not relevant whether the generic company would have won or whether it would have concluded a settlement that was less restrictive of competition.

Abuse of a dominant position

In the case of a medicinal product whose manufacturing process is still protected by a patent, generics are also to be included in the product market, the Court of First Instance explained, provided that the generic manufacturers concerned can demonstrate that they can enter the market with starch, thus forming a counterweight to the pharmaceutical manufacturer already present on the market.

By depriving consumers of the benefits of entry by potential competitors who produce their own medicine and thus reserving the market directly or indirectly to the manufacturer of the original product, agreements may have restrictive effects on competition and have a significant foreclosing effect on the market.

The Court of First Instance pointed out that such conduct may nevertheless be justified if the undertaking demonstrates that its anti-competitive effects are offset or even outweighed by efficiencies which also benefit consumers.

The ECJ stated that the appropriate balance must take account of the pro-competitive effects of the conduct in question, irrespective of the objectives pursued by the conduct.

Moreover, this does not in any way contradict the Court’s established case-law, according to which EU competition law does not recognise a “rule of reason” according to which the pro-competitive and anti-competitive effects of an agreement should be weighed up if it is to be qualified as a “restriction of competition” within the meaning of Article 101(1) TFEU, the Court added.

Are you looking for advice on your patent rights or competition law?