There are two current trends in the ongoing conflict between drug manufacturers and generics manufacturers. In China, patent protection for branded drugs is currently being extended, while in the USA it is to be cut back. 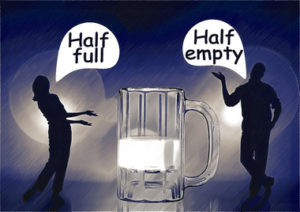 The Nikkei Asia Review reports that China will extend patent protection for branded drugs to up to 25 years from May 2018. Beijing has also abolished import duties of up to 6% on 28 categories of medicines, including cancer medicines. This development is new and all the more surprising as many Chinese companies act as manufacturers of generic drugs. At the same time, however, there is a tendency on the part of the Chinese leadership to seriously refute the Western accusation of patent infringement. (Read more at: Info Blog: Trademark and Patent Proceedings in China).

A look at America shows the opposite:

Under the Hatch-Waxman Act, a company can obtain FDA approval to market a generic drug before a patent for the brand name drug expires. This also includes a competitive component: The first company to submit an Abbreviated New Drug Application (ANDA) to the FDA has exclusive rights to market the generic for 180 days.

The generic requester must fulfill the following conditions:

If the patent holder files an infringement suit against the generic manufacturer within 45 days of the ANDA notification, the FDA approval for marketing the generic will automatically be postponed by 30 months, unless the patent expires before this date or is considered invalid or not infringed. This 30-month postponement is intended to give the patent holder time to assert his patent rights in court before a generic competitor is admitted.

Current promotion of generics in the USA

The office of the US Commissioner of the Food and Drug Administration (FDA) announced in May that the FDA wanted to remove market barriers for generics. Just a few days ago, he specified new FDA guidelines to limit the ability of manufacturers of branded drugs to prevent the timely market entry of generic drugs. In particular, risk evaluation and mitigation strategy (REMS) programmes should no longer be able to be used for this purpose. However, this seems to have long since become common practice of the FDA. In 2017, the FDA approved a high number of applications for generics: more than 1,000 full or preliminary approvals. This record number of generic approvals has led to a 60 percent increase in Hatch-Waxman lawsuits related to abbreviated new drug applications (ANDA) for generic versions of patented drugs, according to Lex Machina’s recently published ANDA report. According to this report, approximately 10 percent of all patent infringement lawsuits filed in the United States relate to the paragraph IV certifications of ANDA applicants.

This is because the drug manufacturers of branded drugs are defending themselves against the numerous ANDA-conditional approvals for generics, as they carry out cost-intensive, longstanding and risky research work for the development of a drug. This leads to exceptional cases such as Allergan, Inc. vs. Mylan Pharmaceuticals and the controversial IP right due to tribal immunity – we reported.

Typical ANDA cases relate to the Hatch-Waxman framework, “in which an action for induced injury is filed before the generic has brought its product to market and necessarily before the generic has even attempted to communicate with a direct infringer”. However, there are also cases where the original drug manufacturer submits its case years after the launch of the generic drug (GlaxoSmithKline LLC v. Teva Pharmaceuticals USA, Inc. (D. Del. 03/28/18; C.A. No. 14-878-LPS-CJB)). In such a case, the pharmaceutical manufacturer must provide sufficient evidence that the generic manufacturer has exploited false incentives for its product. Although a jury court initially saw GlaxoSmithKline as right, the District Court for the District of Delaware overturned the jury’s decision and partially agreed with Teva.

In addition, generic manufacturers must provide an argumentation for the benefit of their product when submitting an application to the FDA. They often use data from bioavailability or bioequivalence studies carried out by the original manufacturer – proof that the generic manufacturer had knowledge of all details of the patent on the brand name drug.

License agreements can be the solution

Settlement agreements are also reached time and again. Sales-oriented licensing agreements can help to meet the needs of both branded drugs and generic manufacturers. Incidentally, this is also a way to help patients: because generic drugs are also cheaper than the brand name drug in such cases.

USPTO 2007:Linkages Between Generic Approval and the Patent System in the United States