Claims for use in medical indications – utility model protection? 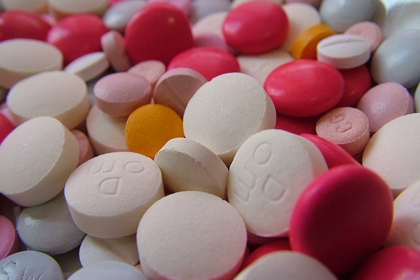 According to § 2 No. 3 German Utility Model Act (in German: Gebrauchsmustergesetz (GebrMG)) for utility models, procedures for claims for use are excluded from utility model protection.

However, this must be interpreted narrowly for claims for use. The Federal Patent Court (BPatG) ruled (Case No. 35 W (pat) 412/16) that in particular protection claims relating to the use of known substances in the context of a medical indication are eligible for utility models.

The utility model on which this judgment was based concerned the use of lithium metasilicate glass-ceramic containing zirconium oxide for dental treatment. This is a branch from the European application EP 11 16 2840.0.

DPMA: Exclusion of utility model protection for claims for use

The German Patent and Trade Mark Office (DPMA) refused to grant utility model protection and complained that the subject-matter of the utility model in dispute could not be protected because the claims for use were procedural claims. Typical claims for medical uses are procedural claims. In addition to the administration of the substance to the patient, they also covered the measures for its preparation for use in therapeutic treatment, such as its ready-to-use packaging and labelling for the new therapeutic purpose. And this is excluded according to § 2 No. 3 GebrMG from the utility model protection.

The Federal Supreme Court (BGH) already ruled on a very similar case in 2005 (Arzneimittelgebrauchsmuster, Az.: X ZB 7/03). Even if the ruling of the BGH refers to the specific case group of the use of known substances in the context of a medical indication, the principles established in this ruling can also be applied to a claim for use for a specific purpose.

The BGH ruled that the use of known active substances is limited to a success in action which it aims at, but that it is not a product manufactured by a process. Nor is there a working procedure. Because this would be a technical activity by which work steps are carried out on an object without a change in the object treated.

In the medical indication, on the other hand, a therapeutic or preventive effect is achieved by acting on a human or animal body. With regard to protectability as a utility model, the BGH also clarified that there is no difference between new substances that are medicinal products and known substances whose effect as medicinal products was found in an inventive step.

BPatG judges in accordance with the BGH

The Federal Patent Court (BPatG) followed the principles of the BGH in its judgement. Accordingly, claims for use shall only apply in narrow interpretation as procedural claims.

The BPatG ruled that the exclusion provision of § 2 No. 3 GebrMG is only fulfilled if the substantive content of a claim for use is based on a procedure. In particular, the Court mentioned working or manufacturing methods. The German Court therefore amended the order of the Utility Model Division of the DPMA
of 2 May 2016, to the effect that the utility model in dispute 20 2011 110 342 will be cancelled by rejecting the request for cancellation only to the extent that
which goes beyond the claims referred to as the principal application.

It is clear from this judgment that the exclusion provision of § 2 No. 3 GebrMG is interpreted narrowly with regard to claims for use in utility model protection. However, it is advisable to have a good justification for the protectability of utility model claims. The BPatG itself made it clear that the question of the extent to which claims for use may also extend beyond the case group of the use of a known substance in the context of a medical indication requires further legal clarification by the highest court.

Maybe these articles are also interesting in this context: