Sign of a colour combination is no colour mark 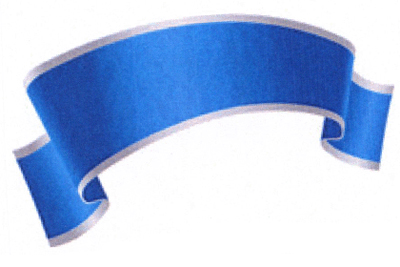 In September 2012, the Finnish beverage company Oy Hartwell sought registration of a colour combination as a colour mark (T201202718) for goods in Class 32: mineral water. For the graphic representation, the company submitted a coloured image showing a blue band, the edges of which have a thin grey border. In the accompanying description, the colour mark was provided with the detailed colour values according to an internationally recognised colour classification system (CYAN).
However, the desired trade mark application was rejected by the Finnish Trade Mark Office on 5 June 2013. The mark applied for is not distinctive. In the grounds for the decision, it was stated, inter alia, that the registration would have required well-founded proof that the colours applied for had become distinctive through prolonged and extensive use in relation to the goods applied for. Oy Hartwell brought an action against that decision. The Supreme Administrative Court of Finland, Korkein hallinto-oikeus, therefore referred the case to the European Court of Justice (ECJ) for a decision.

In November 2018, the Advocate General delivered his Opinion (we reported: Figurative mark or colour mark – differences in distinctive character?). There are clear differences in distinctiveness between the figurative mark and the colour mark, although both are marks within the meaning of Article 2 of Directive 2008/95/EC, the Advocate General clarified. That is because a colour mark rarely has distinctive character from the outset and because there is a general interest in not unduly restricting the availability of colours to all other economic operators. Furthermore, in the present case, there is an opposition in the trade mark application, since the contours used are not capable of showing how the colour mark is to be applied to the goods indicated.

The ECJ now confirmed this view of the Advocate General. Although the criteria for assessing the distinctiveness of colour marks and figurative marks are the same, a colour as such does not usually have the quality of distinguishing the goods of one undertaking from those of another, the ECJ clarified in its last week’s judgement (EU:C:2019:261). If the sign for which registration is sought is composed of a combination of colours claimed in the abstract and without contours, the graphic representation of those colours must be systematically arranged in such a way that they are linked in a predetermined and consistent manner.

Image cannot be registered as a colour mark

However, as the Advocate General had already stated in his Opinion, the trade mark application sought must be refused. A sign can only be registered as a trade mark if the object and scope of the protection sought are clearly and unambiguously determined by the shape of a graphic representation (see also 6 May 2003, Libertel, C-104/01, EU:C:2003:244), the ECJ stated. The verbal description of the sign helps to clarify the subject-matter and scope of the trade mark protection sought. In the present case, however, the sign applied for is represented as a coloured image with delimited contours, is described verbally as two colours and was also applied for as a colour mark of a contourless colour combination. According to the ECJ that is a contradiction which shows a lack of clarity and unambiguity in the application for trade mark protection. It is for the national court to verify that.